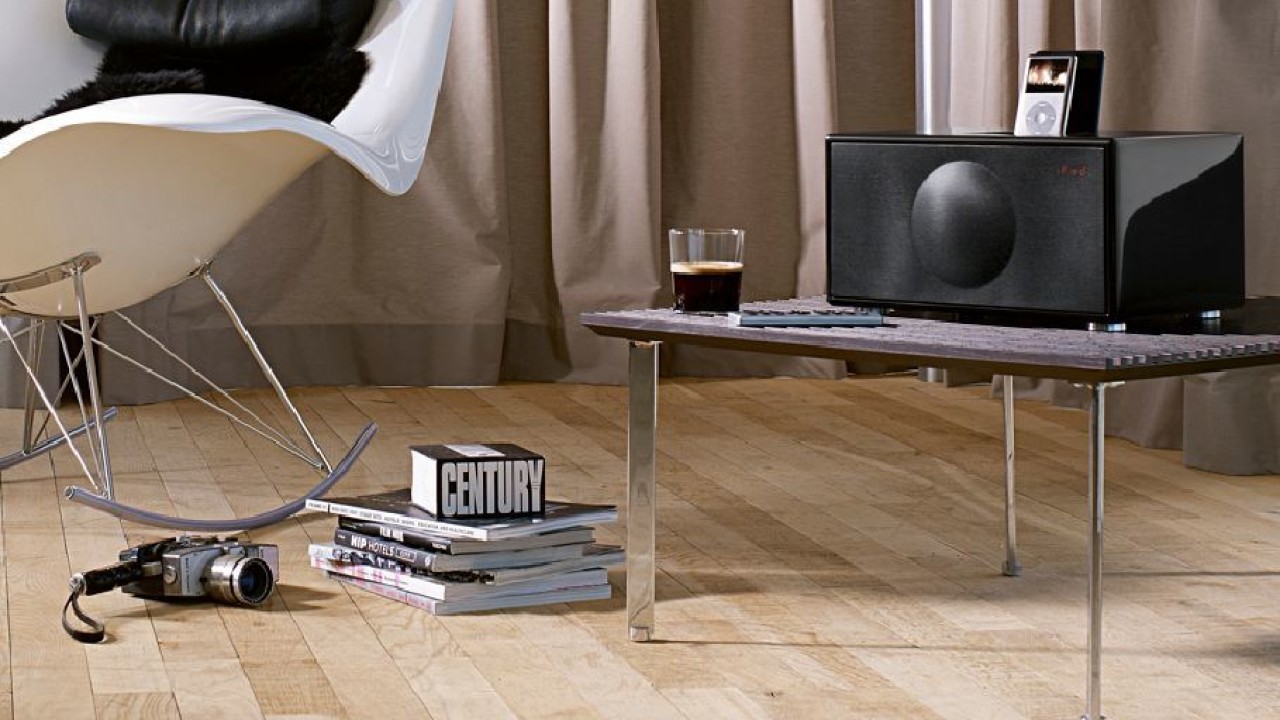 The saying goes that anything good is worth waiting for. So when the Geneva Model M arrived at my door after I first saw it at CES in January it was time to put that theory to the test. The Model M is an audio system, made to work with your iPhone or iPod touch, that promises room-filling, spectacular sound in a small package. Does it live up to the promise? Read on, my audio-loving friends.

First, let’s talk specs and features. While I don’t generally subscribe to the numbers game, it’s important to know what we’re working with because of what it can do. So the Model M contains dual 1-inch tweeters, then dual 4-inch full-range drivers. Each of these speakers is driven by their own amplifier, at 25 watts each, for a total of 100 watts RMS power. The housing for the Model M comes in at 36.6 cm x 19.7 cm x 25 cm and the device weighs 7.3 kg.

Though the Model M is marketed primarily as a sound system for your iPhone or iPod touch, it also touts a line-in jack as well as an FM radio. Yep, people still make those. It also includes a handy, full-featured remote that makes navigation of its features easier. The top, docking area, accessible by a flip-up panel, features touch-sensitive dials and buttons for controlling your iPhone.

OK, now that we have the features out of the way, let’s talk about how they work. Firing up the Model M, getting sound is as simple as plugging your iPhone into the top cradle. Your phone will charge while it’s plugged in. The touch-sensitive controls are fantastic, but I find myself preferring the remote for a bit more tactile feedback.

Across Geneva’s entire product line you’ll find an industrial, minimalist design. The Model M is no exception to that rule. It’s essentially a rectangular box, with a svelte grille. When powered off you’ll see only the glow of a clock from behind that grille, but that same display will tell you device information when you plug something in.

The wooden cabinets are furniture-quality, and hand built. Each of them, according to the company, takes a week to complete. I’m rather a fan of the white and black lacquer, but the red is striking and my review unit’s finished walnut is beautiful.

OK, enough about the touch; what about the hear? This is where Geneva’s entire line really shines. The company’s focus on audio quality is positively obvious. Across a wide array of music, via three different sources, the Model M stood up and provided stellar audio quality at volumes that go far beyond comfortable. While equalization is limited to simple bass and treble controls, there’s almost definitely something going on in the audio processing when you adjust the levels. Raising or lowering one of these controls doesn’t just boost or lessen a wide range of levels at an even point, but rather it seems that an entire sweep of frequencies gets reset with each notch that you move.

There’s something about truly audiophile-quality sound that can send a shiver down your spine. It’s impossible to describe effectively in text, but the Model M is one of those rare experiences where something sounds exponentially bigger and better than it should given its size.

The Model M is not for the bargain shopper. A $699 price tag is the ante to play in this game of big audio. Add another $100 and Geneva Labs will include a CD player inside of the unit for those of you still clinging to the format. But with a big price comes big responsibility to justify the outlay of cash. Geneva Labs’ Model M positively does not disappoint. For its size, I’ve never heard anything else that compares.