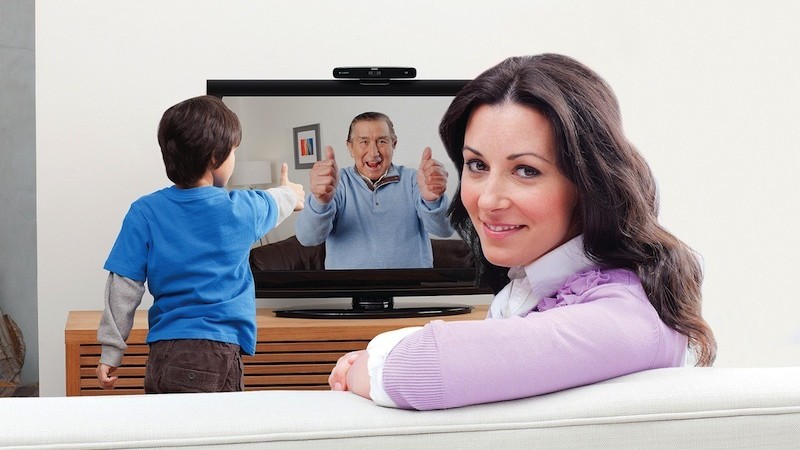 If you’ve ever been on Skype with the family and thought their faces were too small, Logitech’s got a new toy for you. The just-announced TV Cam HD comes with built-in Skype capability and connects to TVs via an HDMI input.

The Skype-certified camera works over Wi-Fi or Ethernet. It comes bundled with a remote control so you can access the device.

The suggested retail price of the device is $199.99. It features a built-in ringer, wide-angle Carl Zeiss lens and four microphones.

When I first saw this announcement, something looked really familiar about it. Then it came to me: Kinect. Given that Microsoft bought Skype for $8.5 billion in May, I wouldn’t be surprised if future versions of the Kinect were integrated with Skype. The company is, after all, already planning deep integration in Windows Phone 8 and is rumored to be adding the service to the next version of its Xbox gaming console.