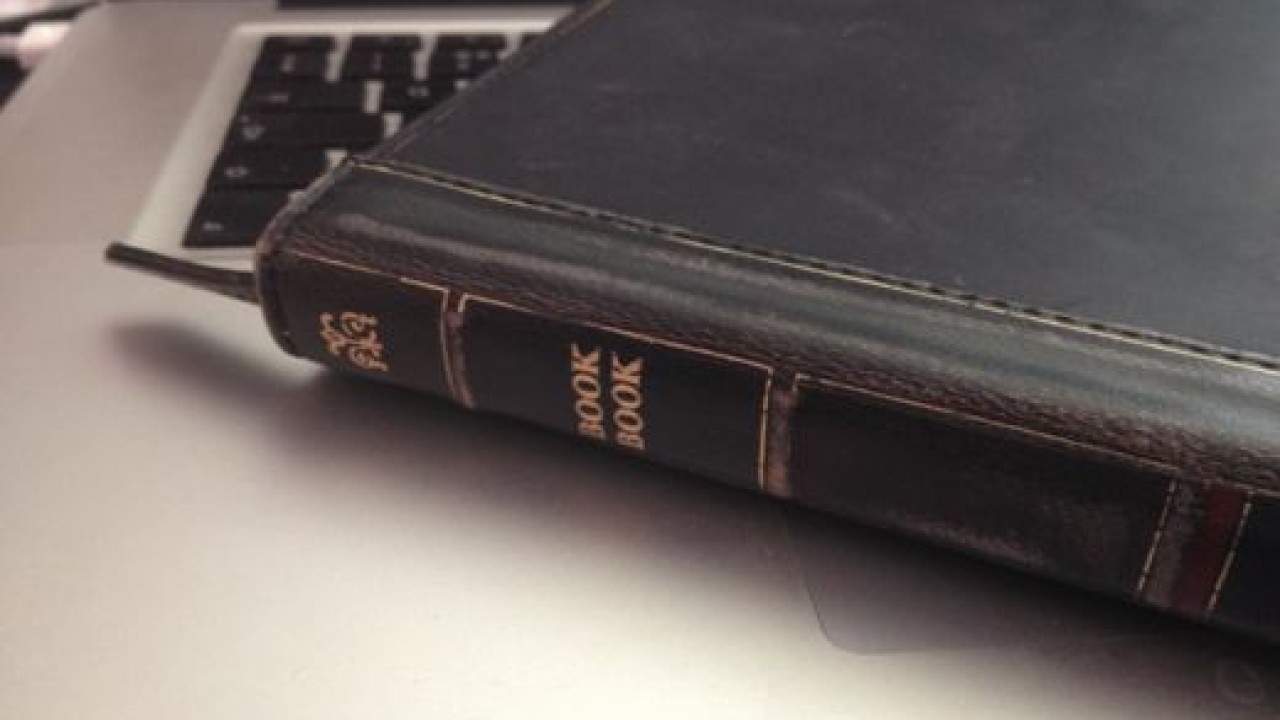 In the world of iPad cases, price and quality run the gamut. When you’re looking for high-end cases, however, there really aren’t many choices. One of the standouts for Mac and iOS device accessories is a company called Twelve South and its BookBook case for the iPad is certainly no exception to its rule of quality craftsmanship.

Inside of the case you’ll find a velvet-soft material that does a great job of keeping scratches off of your device. There’s a sleeve on the inside that your iPad slides into, and snaps on the back of that sleeve keep your iPad in place when you’re using the Book Book as a folio.

Like most leather products, the more that you use it the better it is going to look. I’ve gotten a couple of notable scratches on my BookBook in the past month of use, and it just adds to the character. Though it’s notable that never once have I felt that something scratching the outside was going to affect the device inside. The protection offered by the Book Book case is second to none.

The case is a discussion piece, for sure. Almost every time that I’ve had it out in public, it has gathered attention as I’ve unzipped it and started using my iPad. Flipping the back cover around gives you a nice hand hold for your device whether in portrait or landscape mode, and that grip helps to take away from what would otherwise be a detracting amount of bulk added to your svelte device.

My only minor gripes about the case all come from that internal sleeve. There’s a bit of a gap around the edge, where the sleeve stands up from the screen. The home button doesn’t line up exactly right with the detent at the bottom and there’s a pretty large gap around the volume rocker which takes away from the high quality standards that the rest of the case has. My final niggle comes from the cutout for the 30-pin cable, which requires that I pull the case out of the way slightly in order to plug in my device.

Otherwise there’s simply no topping the Book Book when you’re talking about a classy, quality-made protective cover for your treasured device. Nothing else on the market looks this good while protecting this well. Twelve South has set the bar by which all other “high end” accessories will be judged.

At $80 it’s no bargain case, but chances are you’re not looking for bargains if you’re in the market for a full leather folio case for your $500 iPad.

Oh, and if you want a Book Book for your iPhone, Twelve South has that too.

➤ The BookBook Case by Twelve South