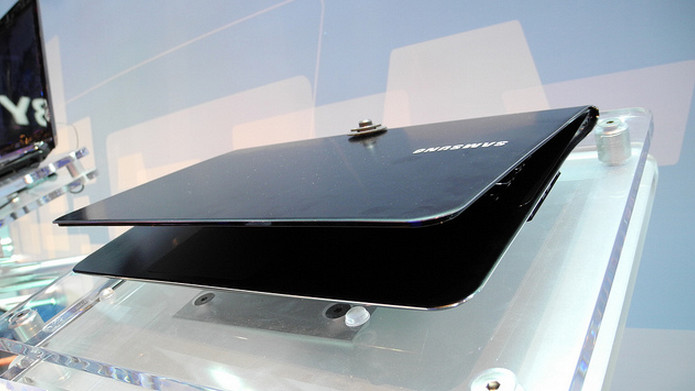 Last week I was fortunate to be a guest yet again on The Metro Developer Show, a take on all things mobile and Microsoft. A moment occurred during the taping that is worth repeating: one of the two hosts tossed the question out that, given the number of ultrabooks and tablets that are in the works, does the hardware situation bode well for Microsoft?

My vote was that it doesn’t, really, because a swarm of devices doesn’t guarantee that any of them will be excellent. In fact, when you calculate the amount of design time available to each, it almost implies that per unit quality will suffer.

News is out today, as reported in The Verge, that Intel has upped is promise:

Intel CEO Paul Otellini announced that there are 20 Windows 8 tablets based on the “Clover Trail” Atom SOC during an investor call. […] Intel’s now expecting 140 different Ivy Bridge ultrabook designs, up from the 110 designs the company confirmed in May, including 40 “touch-enabled” computers, and a dozen convertible machines.

That means that some 160 unique devices are coming, at least thirty more than were previously pledged.

The problem here is that no matter the number of devices, the scattershot approach will have a hard time competing with the current leader in tablets and ultrathin laptops: Apple. And given that company’s laser focused lineup, having more Windows-based machines competing could do little but confuse consumers and thus, in a sense, boost Apple.

Now, there could be wheat in that there chaff. However, a cursory glance through most ultrabook and tablet reviews on the majors will lead any reader to a firm conclusion: these gadgets are generally lacking compared to Apple’s offering. The Samsung Series 9 machine is a possible outlier to the trend.

Unless Windows OEMs step up their game with these coming machines, all 160+ of them, the swarm game won’t help them rack of the real figures: sales numbers.