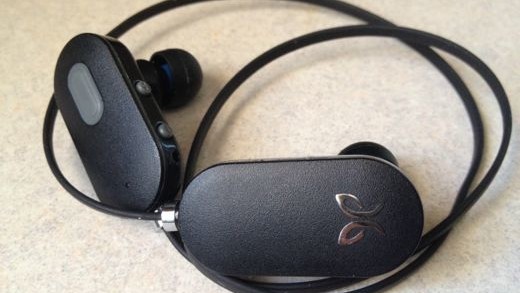 I’m constantly on the search for the perfect Bluetooth headset and headphones. While the $99 Freedom model from Jaybird isn’t flawless, it’s one of the closest that I’ve seen. It’s a stereo headset, so you can use it for music listening, but it’s lightweight and stable enough that you can use it when you’re working out as well.

Unpacking the Freedom, you’ll notice that it comes with a lot of accessories. I do mean a lot. There’s a bag with 3 pairs of different-sized ear tips, then another with different ear loops and yet another with stabilizer inserts. You’ll find a USB cord for charging (more on that in a moment) and a clamshell, hard carrying case.

My first impressions of the Freedom, I have to say, were pretty terrible. Given that they are headphones I hooked them up through my MacBook Pro’s Bluetooth. The sound was…in a word…horrible. But switching them over to my iPhone, I found a completely different story. Perhaps it’s due to the older generation of Bluetooth in my aging Mac, but after testing across a few other devices I was never able to reproduce the horrible audio quality so I’ll chalk that up to an issue unrelated to the headset itself. 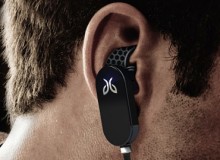 I found a set of tips that fit my ears comfortably, and tried working with the stabilizer inserts too. However, I found that I didn’t really need the inserts. Even through rigorous movement, the Freedoms stayed in place very well. If you’re running or working out, I could see the need for the inserts, so it’s good that they’re available. But for the rest of us? You’ll be fine without them.

The buttons are simple, with a typical answer/end being the large one on the right ear, then a set of volume controls. Other than that? There’s not much to note about how the system works. It’s a Bluetooth headset, and it operates as you’d expect.

Because they’re a self-contained system, the Freedoms are going to be slightly heavier than your average set of ear buds. Fortunately the company has made weight cuts in all the right places, leaving a device that is comfortable for long-term use, while still producing above-average sound.

So let’s talk about that sound. It’s not audiophile-quality, but it’s still good. And let’s face it – if you’re looking for audiophile, you’re not going to be using wireless devices anyway. Outgoing sound from the microphone is a bit more muted than I’d like, but that’s to be expected when you’re using any headset that lacks any sort of microphone boom and instead sits in your ear. 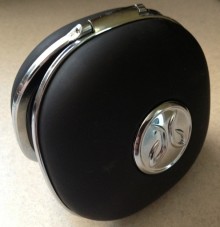 Finally, I have to talk about my gripes. They’re minor, but notable. The first thing is that the included hard case is lovely, but too large for most people to want to carry around. I think that a soft case, while being less protective, would be more pocket-friendly. The other concern that I have is in the company’s use of a smaller-than-micro, 8-pin USB connection. With so many cables around, do we really need another one?

All said, the Freedom Bluetooth headset from Jaybird is still a winner. Its mix of light weight, stability and relatively solid sound quality add up to a product that’s well worth the $99 asking price. If you’re in the market for a solid, stereo Bluetooth headset, you owe it to yourself to give the Freedom a second look.