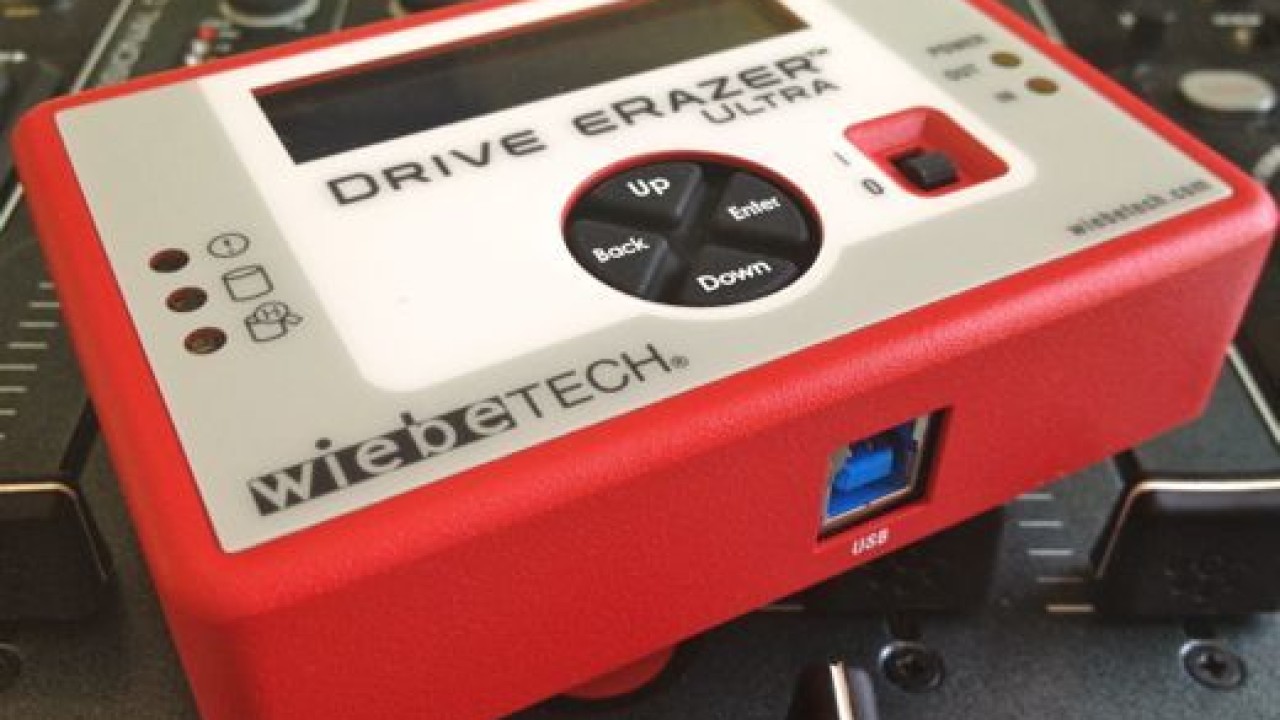 I’ll admit to taking a hammer to more than a few hard drives over the years. When I need an upgrade in one machine, I usually have a lagging second device that inherits the old drive. Once the drive finally dies, it’s hammer time. While that’s probably the safest way to make sure that none of your data gets into the wrong hands, completely erasing a drive before it switches machines is just good practice.

Unfortunately most people don’t understand forensic data recovery, so they think that just deleting things and emptying the recycle bin is enough to keep their information safe. But forensic recovery can find things that have been long-ago deleted, or even overwritten with software. For those who know, WeibeTech has a solution in its DriveErazer Ultra.

First off, and it’s worth noting, the DEU is not sexy. In fact, it’s about as utilitarian in design as you’re going to get. But sexy doesn’t matter when it comes to security, and that’s why the device earns a spot here on TNW Gadgets.

It’s a small box, about the size of 2 decks of playing cards stacked atop each other, with an array of ports around its exterior. On the top is a simple 4-way input pad, plus a power switch and indicator lights. There’s also a small display so that you can see what method you’re using for drive erasing.

Now about those different methods. The DEU comes with 10 different methods pre-programmed, or you can select your own. Heck, it even passed the test to become certified as a method of disc clearing for the US Department of Defense. It doesn’t even matter how a drive is formatted, as the DEU requires no computer. Just plug in your drive, choose your method and you’re done.

The DEU accepts most 2.5 or 3.5-inch drives, namely in IDE or ATA formats. If you have something special, chances are that WiebeTech sells an adapter to make it happen. Once the deed is done, you can hook up a printer via a serial port in order to print out a label that shows how the drive was erased.

If you’ve got a drive and you need it zapped, there’s probably not a better choice on the market than the DriveErazer Ultra. With a $249 price tag it’s probably not what you want to buy for a single use, but it should be a no-brainer for IT departments and small businesses everywhere.