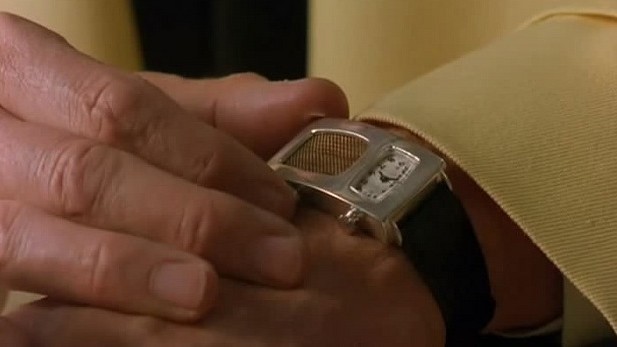 Yesterday we enthused about the Pebble project on Kickstarter. It’s a smartwatch with an e-paper display that connects to Android and iPhone devices, delivering call and text warnings and running a variety of fitness-related apps.

The project has now hit $1M just a day later, proving that a lof of people just wants to be like 1930’s cartoon detective Dick Tracy. Kickstarter confirmed that it was the 5th project to hit that mark.

Although Tracy’s watch was basically just a walkie-talkie, it morphed over the course of the cartoon, radio and movie franchise to contain a TV and other gadgets. As a kid who was 10 in 1990, the movie starring Warren Beatty made me want his watch with the fire of 1,000 suns.

The Pebble is a significantly different undertaking in that arena, but its features appear to have struck a chord. When we originally reported on the project, it had yet to hit its goal and has now gotten 10x more than the 100K threshold in 28 hours.

The $115 reward threshold is the most popular, as a limited run of the watches was the first to go and that is the next one that gets you a single watch.

This development comes just two months or so after legendary game company Double Fine Studios hit the $1M mark on Kickstarter, making it the second project to do so after the Elevation Dock for iPhone hit the mark less than 24 hours before. Double Fine went on to hit $3M by its close.

The team behind Pebble is ecstatic, of course, saying that they’ll have further updates and milestones later today and that they’re “laser-focused on getting this watch onto your wrist as soon as possible.”