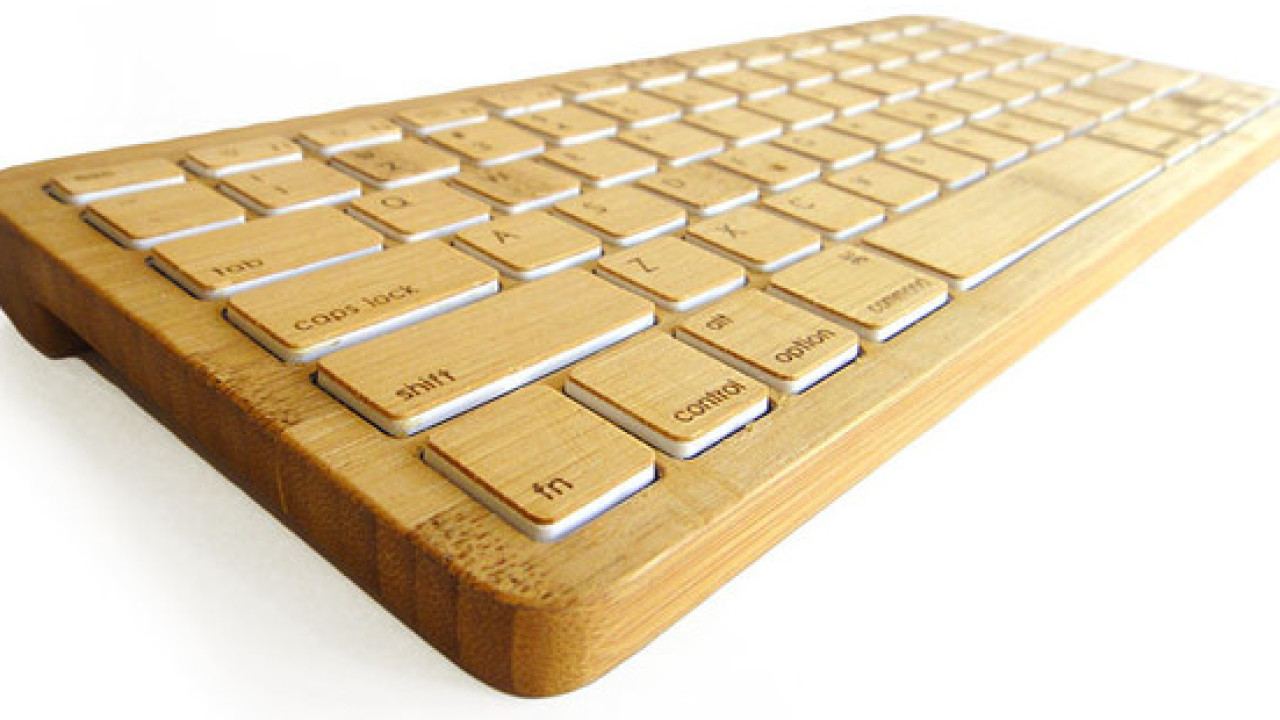 In my ever-present search for the best keyboards (yes, I have a problem) I was pleasantly surprised to find one in my email the other day that no only looks great, but is environmentally-conscious as well. The company is called iZen Bamboo, and its latest project is a keyboard that closely mimics Apple’s nearly-iconic Bluetooth device.

But the company has done some things that even Apple hasn’t, and that’s what made it special enough to bring to you on TNW. First off, it’s made of 92% bamboo, and it’ fully recyclable. Of course, none of that matters if the keyboard itself sucks, but this one appears to be pretty great. It’s Bluetooth, like Apple’s version, but goes the extra distance of including a rechargable Lithium ion battery. Charging happens via a USB 2.0 30-pin cable, identical to the ones that you are already using for your iPhone or iPad.

Now here’s the kicker – you can’t buy it just yet. The team tells me that they have a couple that are fully functional and have been used for testing, but there’s a Kickstarter campaign to bring the iZen Bamboo keyboard to market. The company does make other products, such as a couple of iPad stands and an iPhone case, but the keyboard is its biggest challenge to date. With 21 days left in the campaign, the iZen Bamboo team is about 1/4th of its way to its $18,000 project goal.

So for now, adding the iZen Bamboo keyboard to my daily use is just a pipe dream. But it’s one that you and I can both help make into a reality. If you’re as addicted to chiclet-style keyboards as I am, and wouldn’t mind throwing mother nature a bit of respect while you’re at it, head over to Kickstarter and help out the iZen Bamboo team. If I get one in my hands, we’ll do a full review and find out if it’s really as good as it looks.