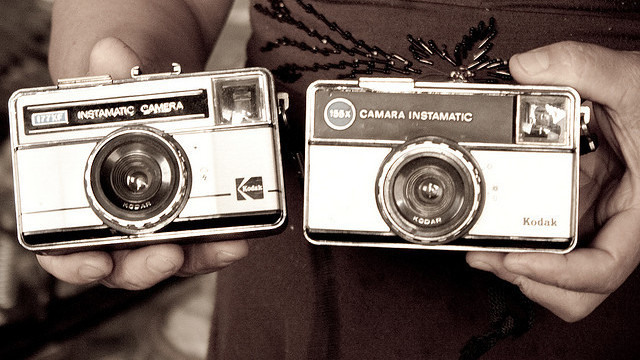 Struggling photography giant Kodak has announced it will stop making digital photo and video cameras, focusing on its printing business as it looks to “drive sustainable profitability through its most valuable business lines.”

Kodak will cease production and stop selling all digital cameras, pocket video cameras and digital picture frames in the first half of 2012 and seek to expand its licensing business, which may well include a number of patents that it attempted to use against Apple and other technology companies in the past.

Once it has phased those products out, Kodak believes it will save the company more than $100 million in annual operating savings. However, it does believe it will incur $30 million in charges from separating its business.

Kodak has already filed for bankruptcy in the U.S, dealing a huge blow to the company that is credited with introducing digital photography and crafted sensors that are used in the millions of digital cameras sold each year.

The company will continue to operate its retail photo kiosks, create its low-cost and economical inkjet printers, develop apps for Facebook that allow users to print their uploaded photos, and still allow users to sign up for free photo storage via Kodak Gallery.

On top of that, it will still operate its traditional film capture and photographic paper business, which it says “continues to provide high-quality and innovative products and solutions to consumers, photographers, retailers, photofinishers and professional labs.”

It’s the latest in a number of dark days for Kodak, with the company affected by the rise of smartphone cameras and the lowering in price of consumer electronics. Whether it can reverse its loss in revenues remains to be seen, but a $100 million saving in operations is certainly a step in the right direction.