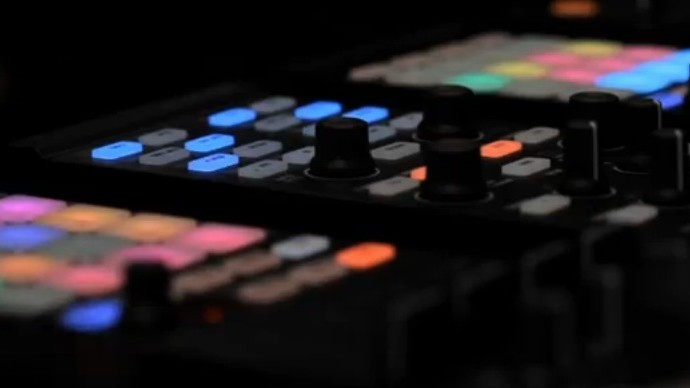 If you’ve been watching the market for the past couple of years then you know that MIDI over USB controllers have been all the rage. Germany-based Native Instruments has done a great job with these, namely the Kontrol S4, S2 and the X1. On the production side of things, the Maschine and Maschine Mikro have gotten loads of due attention.

One of the interesting things that we’ve seen happen with the sample decks on the S4 and S2 is more on-the-fly production from DJs, and it appears that NI has noticed this trend. A teaser for a new product from the company appears to be the love child of Maschine and the Kontrol X1. Check the demo video, then let’s get speculating:

As you can see, it appears that the system is designed to be used with an external mixer, as well as turntables. As such it looks like it’s going to be focused on Traktor Scratch, instead of just Traktor (using vinyl control instead of simply software via MIDI USB). What’s most interesting to me is that bank of 16 hot-cues, enabling you to drop in samples and remix on the fly. It should open up a world of possibilities that aren’t available with 4 sample banks at present on the Kontrol series.

We’ll have to wait to find out the full details, as Native Instruments is staying pretty tight-lipped about things for now. Suffice it to say, we’ll have our hands onto the device (whatever it’s called) ASAP in order to get you the full details.