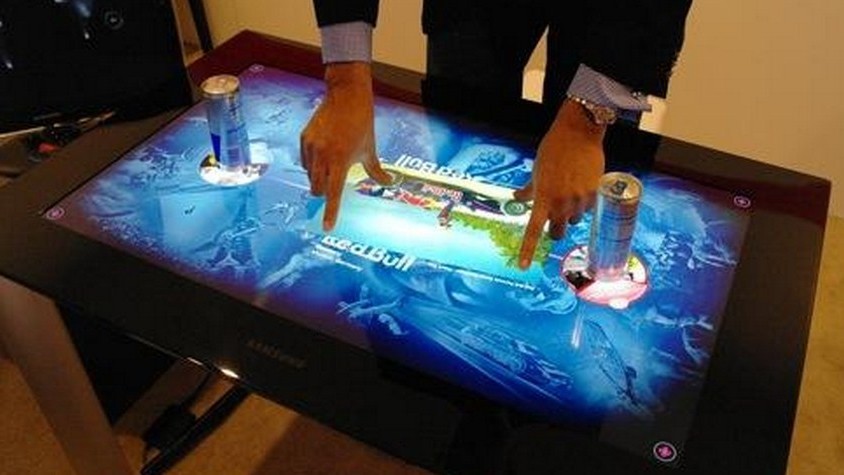 Given that the Surface 2, a product that Microsoft has had a firm hand in the creation of, is already up for pre-order, you might think that the market for large, mountable and table-able multitouch displays is essentially cornered. And you would be wrong.

There are at least two devices which could easily be called Surface 2 competitors at CES this year, meaning that even as the Samsung device tries to build a market for itself, it now has real competition. Here’s what is in the field today:

That there are, ostensibly, three products in the market, each of which is expensive, and serves a market that only might exist, is a tribute to capitalism. Just in case you have not heard much on the Surface 2 itself, here’s how we recently described it:

It is a roughly normal computer (multicore AMD processor, 4 gigabytes of RAM, etc) hooked up to a very special 40″ display that employs something called ‘PixelSense’ to track a great number of fingers across its, well, surface. It’s thin, and mountable on a wall. That’s really it.

The Surface 2 is better than the Surface 1, and costs some $2,600 less. That means that instead of setting you back $11,000, the Surface 2 will put a $8,400 dent in your credit card. I’m sure your landlord won’t mind being paid a full year late, right? At that price, the Surface 2 is not a consumer product, but let’s look to the future.

Let the market shakedown commence! May the best big-ass-touch-table-or-wall-tv win!