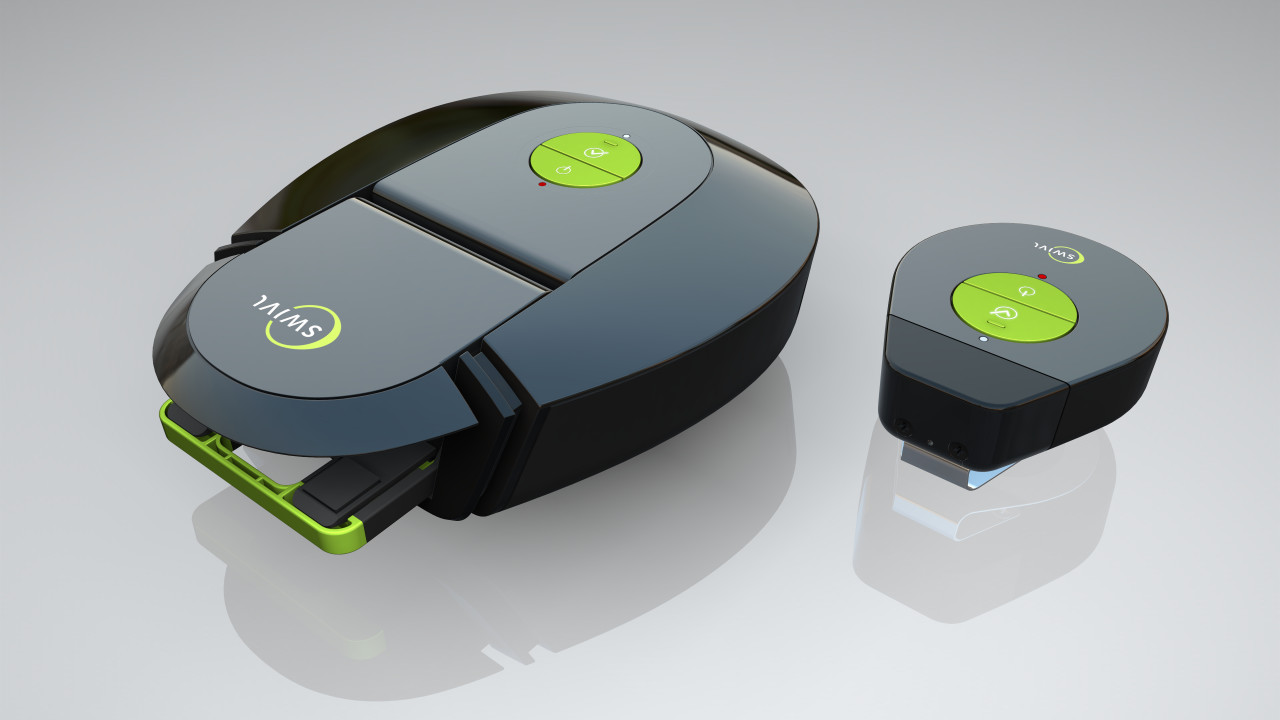 You’ve had those moments. Those times when you see something and it immediately hits you that it’s exactly what you want, even if you never knew that you wanted it. For me, the latest one of those “I MUST HAVE THIS” moments comes in the form of a little thing called Swivl. What is it? Well, have a look:

So now you get the basic idea, but here are the specifics – Swivl is a device that allows your mobile device’s camera to follow your every move. Any phone (or iPod touch) that’s less than 11mm thick will fit securely into its clamp, allowing the Swivl device to swivel left or right, as well as tilt up and down, all the while keeping you in the frame.

But how? It’s the second part of Swivl. The little marker can be worn on a lanyard, held in your hand or any other fashion that allows the base to see the other half. Then, wherever the marker goes, Swivl follows.

Swivl has been around and in development for quite some time. You might have heard about it when it was called Satarii Star from IndieGoGo. After a lot of R&D, a name change and a few months, Swivl is almost ready for the market, but it’s definitely ready for a pre-order. For $159, you can make sure to get your hands onto a Swivl device as soon as they are ready to be sold, which I’m told will be in the early part of 2012.

So if Swivl gives you an ah-hah moment as well, get your pre-order going. I’ll be getting a live demo of Swivl during CES in January, and we’ll give you a better look at what it can do at that time.