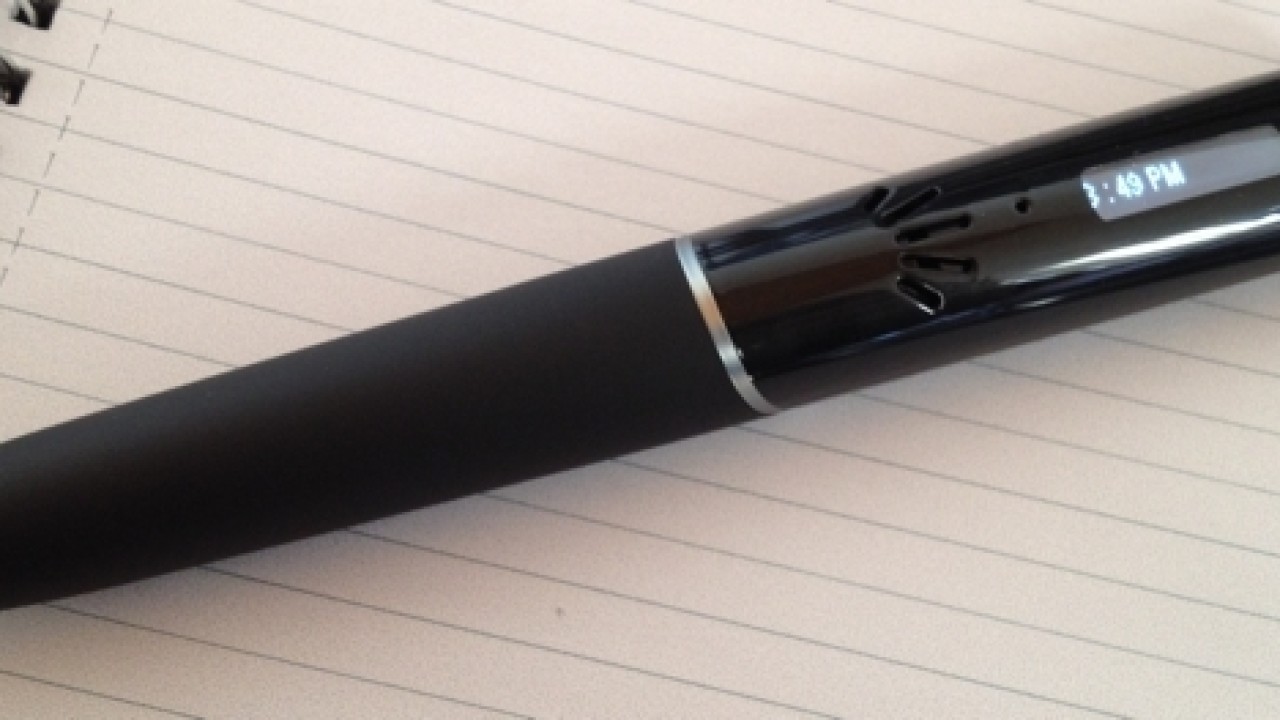 The traditional pen is fast approaching extinction. Personally, the only time I use one these days is to sign a cheque or greetings card (both equally facing their demise). That said, there’s no reason that the pen can’t be given a hi-tech reboot, and that’s what Livescribe’s Echo Smartpen does.

While the Echo has been around for some time, I was recently given the opportunity to try one out. With the device’s Pro Pack (more on that below) having been launched in the UK this week, it seemed like a good opportunity to give it a review here on The Next Web.

Once you’ve finished recording your pencast, it can be saved as a Flash animation that you can upload to share with others online. Pencasts can be shared via Livescribe’s own site, and there’s an app available to play them on famously Flash-free iOS devices. You can even send them to Facebook (as a playable file you can share with others), and Evernote or Google Docs (as a static PDF).

Here’s an example pencast – there’s plenty of potential for using these pencasts to quickly demo and share ideas with others, straight from your writing hand and voice to the Web.

Stars Wars notes
brought to you by Livescribe

Beyond just sharing what you write with the world, the Echo has a few other nifty tricks up its sleeve. For a start, commands printed in the special notebooks provided with it offer functions such as a calculator. Tap your Smartpen against the “2” “x” and “9” symbols, for example, and the small screen on the Echo will display the correct answer of 18.

There’s more to it than that, though. Livescribe offers ‘apps’ that run on the pen itself. A translation tool will recognise words you write in one language and quickly translate them to another. It’s by no means comprehensive, but it’s a nice demo of the pen’s potential. One of the other apps lets you draw a picture of piano keyboard and then play it by tapping the keys, with the sound coming out of the pen’s built-in speaker. You can even select different instrument sounds to play. 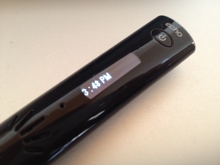 Livescribe offers an app store with a range of its own, and third-party, add-ons available to load onto your Echo. The most impressive of these make things you mark on the page interactive. For example, a Tick-Tack-Toe game is played out by drawing a board a page. You play against the pen itself, with its moves appearing on the pen’s tiny screen.

Many available apps run entirely on the pen itself. An Academy Award winners app lets you navigate Oscar winners via the Echo’s single-line display. Likewise, a range of travel phrase apps, Wikipedia apps and more are available to provide information right inside your pen while you’re on the go. They’re not that impressive really, considering that you can get similar information in much more user-friendly smartphone apps. Using a tiny LCD display to look up reference information is a little awkward, making this a bonus feature rather than a main attraction.

A pen with potential

I’ll admit, despite being a tech-savvy person who’s clued up on gadgets, I found the Echo had a steep learning curve for the first half hour. The set-up process is pretty well documented in a quick-start guide but learning to use a pen in a whole new way still took a little getting used to.

Sharing pencasts to places like Evernote and Google Docs is useful, and setting up the sending process is as easy as drawing a line and then writing, for example, “Evernote” above it (once you’ve connected your account in the accompanying desktop software for Windows and Mac). However, there’s no WiFi built into the pen itself, so you have to connect it to your computer via USB and send via the Livescribe Connect app. That’s an understandable process, but it’s still friction that would ideally be removed in a future version of the device.

Perhaps the ‘killer app’ for the Echo is converting what you write into computer-usable text. Imagine writing a note out with your pen and Livescribe converting it directly into standard computer text so you can send it as an email, publish it as a blog post or whatever you’d like to do. This can be done with MyScript for Livescribe, an additional download costing $29.99 after a 30-day free trial. User reviews of this are generally positive, making it well worth a try for expanding the Echo’s capabilities.

This is a use-case that I imagine many potential customers will be looking for, and it’s bundled with the Pro Pack version of the Echo.

In all, the Livescribe Echo Smartpen is a device that brings the traditional pen into the 21st Century. If, despite the prevalence of keyboard inputs and the growth of voice commands, you still feel an attachment to putting your mark on a page in ink, it’s definitely worth a try. A 2GB starter pack costs $99, with prices scaling up to $249.95 for the Pro Pack.

In the UK or Ireland? You could win a Livescribe Echo Smartpen Pro Pack

In association with Livescribe, we’ve got an Echo Smartpen Pro Pack to give away.

We can only send this prize to people in the UK or Ireland, so if you fit the bill and want a chance of getting your hands on this pack which includes an Echo, a Smartpen Portfolio notebook, 3-D Recording Premium Headset, and a download code for a full version of the MyScript for Livescribe transcription software.

To take part, visit our The Next Web UK Facebook page and follow the instructions. Good luck!