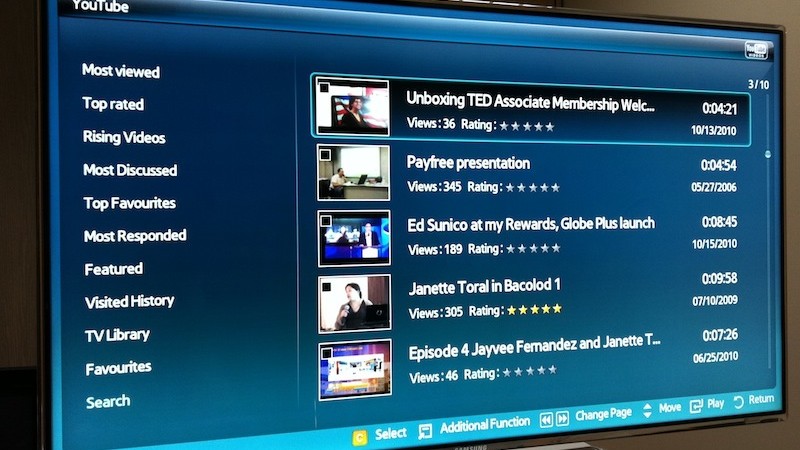 Samsung has reported another milestone in its attempt to bring applications and services to consumers’ televisions by announcing that it has surpassed 1,000 apps on its Samsung Apps TV store, also noting that it has now facilitated over 10 million downloads since the platform launched.

Sammyhub reports that the television-centric app store is now handling around 50,000 downloads each day, as users begin to realise the potential of third-party tools and services that can extend the capabilities of their TVs.

In May, we reported that Samsung had surpassed the 5 million downloads barrier, just over a year after the store launched. It’s taken the Korean manufacturer just under five months to more than double its download count, with downloads currently hovering around the 11 million download mark.

At the time, the most popular applications included YouTube, Google Maps, Accuweather, Vimeo – the trend seems to not have changed in the five months that have passed, with the same apps holding their positions at the top of the charts.