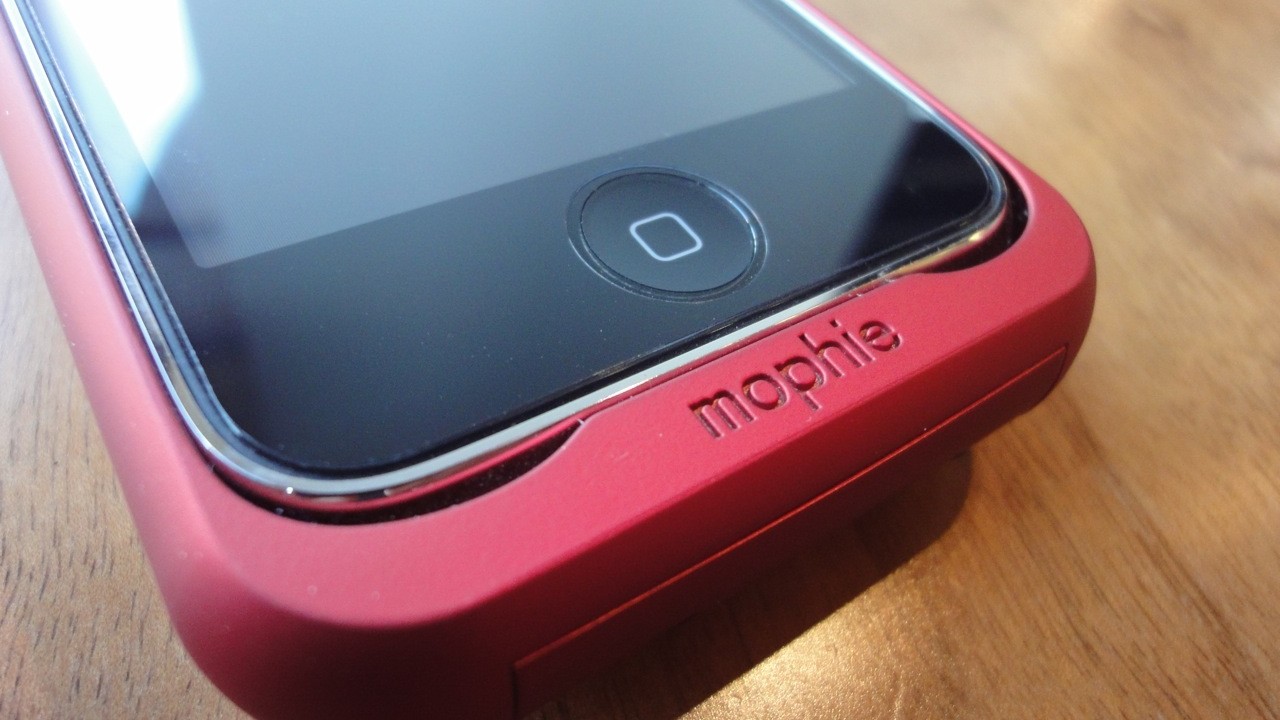 I have a new addiction. It’s an addiction that I’ve formed because I was tired of running out of steam after a hard day of work. My addiction is to the Mophie Juice Pack Plus because it brings my iPhone back from the dead.

The Juice Pack is a battery for your iPhone. But it’s also a case. It comes in two different flavors, a 1500 mAh Air model, then this 2000 mAh version called the Juice Pack Plus. Charge it up with a standard micro-USB, toss it into your bag and then walk out of the house. When your phone is about to go dead, slide it into the 2-piece Juicepack, flip a switch and you’ll be back at 100% battery in a short bit of time.

Obviously, given the naming convention, the Juice Pack Plus is thicker than the Juice Pack Air. However, it’s still small enough to make the form factor of the device in the case about the same as what you’d see in a 4.3-inch Android device, albeit a bit thicker.

The button placement and camera cutout for the Juicepack is exact and the volume buttons actually feel quite nice. The two-piece case holds itself together quite well when it’s on the phone, and even manages to stay in place if you toss it into a bag. The case itself is rubberized, with a soft texture. Inside the case you’ll see a familiar velvet-like material that should keep your phone from being damaged by its protection.

My only gripe is that there’s no passthrough option for the 30-pin connector, so you can’t use any sort of 30-pin accessory with the Juicepack. I suppose it’s understandable, as the 30-pin connection is in use by the Juicepack and it is providing power, but it would be nice to have an option of turning off the power and then using the passthrough.

There are a couple of very nice features of the Juicepack that are worth mentioning. A button on the bottom will light up an LED indicator to show you the charge level of the Juice Pack. You can use the Juice Pack as your every day case, too, because a switch on the bottom corner lets you turn off the battery function until you need a re-juice.

The Juice Pack is available in 5 colors, and my demo unit came in the rather bright cyan blue. While it wouldn’t be my first choice, I also can’t complain about having a spare battery for a review that I didn’t have to pay for. If you want one yourself, you can find them around the Internet for about $90 from reputable sellers, a $9 discount from Mophie’s list price.

For those of you who find yourself with a 20% battery warning on regular occasion, the Juice Pack is an answer to unspoken prayers. It’s pricey, but it’s worth every penny.