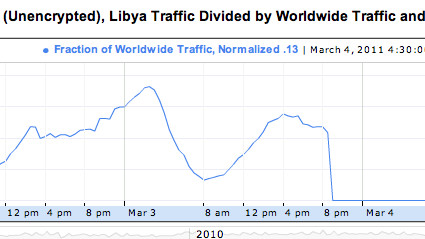 It took me months to decide if I could live with the Traktor Kontrol S4 from Native Instruments. While most gadgets are make or break for me within minutes or seconds, the S4 has so many great points that I fought a battle against the couple of things that weren’t quite right about it.

My number one complaint about the Kontrol S4 was that it lacked a dedicated booth output, instead opting for a single solution that controlled only the main output volume. For many DJ’s, that can be a deal breaker. While it could be argued that I was being petty about a great controller having one fatal flaw, I fell firmly into that group that simply couldn’t deal with having only a single output on a DJ controller that pushed the $1,000 price point.

It seems that I wasn’t alone, either. Shortly after writing my review of the Kontrol S4, I was emailed and tweeted by a number of DJ’s that felt the same pain and Native Instruments was quick to send me an email telling me that there was a new product forthcoming that would help to resolve my issues.

Today, that product has been announced and it is called the Kontrol S2.

The S2 takes the proven formula of the S4, drops it down to a 2-deck system and finally gives its users access to a dedicated booth output control. Beyond that, not much as changed. It’s smaller, it should be lighter and it includes a 2-channel version of the 4-channel audio interface that is seen in the S4 so it should sound positively incredible as is Native Instruments’ claim to fame.

My only concern with the S2 is that NI chose to place the level trim control onto the back of the unit, instead of having it easily accessible from the top panel. It’s a single potentiometer that controls the trim for both the main and booth outputs, selectable by a 2-position switch. Given that it’s not in plain view, here’s hoping that people remember which level they have the switch set to control before attempting to adjust them.

Everything else about the S2 keeps with the successful methodology of the Kontrol S4, which is a smart move for NI. Having a smaller, lighter control in the company’s arsenal is key and the S2 fills that void. The only other concern that I have is the price point. NI has priced the S2 at $669 and at that level it has another very strong piece of competition in the Novation Twitch controller which retails for $499. Never fear, we’ll be reviewing very soon.

The Kontrol S2 is set to be in stores by October 2nd, and we’ll see about getting our hands onto one for a review sometime in the near future. Until then, if you’ve been looking for a smaller, lighter answer to the S4 (with a booth output, to boot) then it appears your wait is almost over.