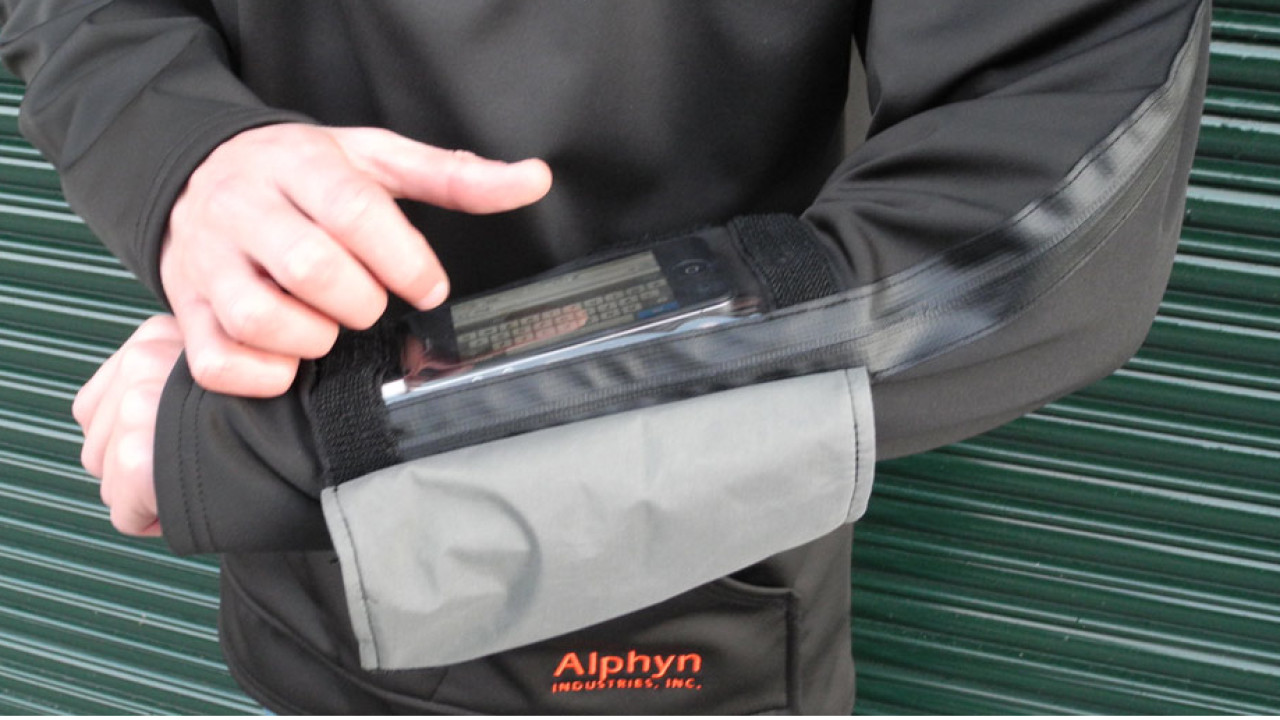 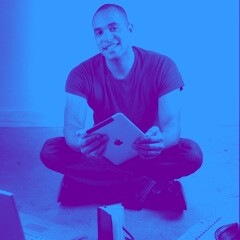 San Francisco clothing designer Alphyn Industries has set out to bridge the gap between military and mainstream, with its new line of functional, high tech clothes.

Launched at the MacWorld Expo in May, Alphyn Industries has created  a line of  jackets, shirts and pants, that lets us love our gadgets without having to hold onto them, or bury them in our pockets.

The Alphyn Industries PADX-1 Ledge Wearcom is a lightweight pullover with a zip-up kangaroo pouch for storing an iPad or tablet computer. The jacket has patented technology that distributes the weight of the tablet with straps that cross the back and shoulders when the pouch is open. One of the main advantages of the jacket is that the wearer can interact with a tablet computer with both hands without needing to hold onto anything. The Alphyn Industries SOMA-1 Wearcom is a lightweight, water-resistant  jacket that has a plastic wrist compartment that allows the wearer to store an iPhone on his arm.

In all Alphyn Industries has six products currently for sale, including pants and shorts that store an iPhone on the front of the leg, inside a plastic sleeve, instead of in a pocket.

Founder and CEO Ben Raviv moved from Israel to South Africa as a child, and this is where he became enchanted with the natural world. He says that when he studied natural design, safety and functionality were at the core. Later, as a professional body armor designer, Raviv was exposed to a wide range of advanced materials that are not commonly used in civilian fashion. As it turns out, however, there is a long history of military technology becoming mainstream.

The t-shirt as we now know it first appeared during the Spanish American War. Boots are another ubiquitous fashion item first worn by soldiers, and Raviv says this is because farmers wouldn’t have needed them, but they’re very practical footwear for a combat situation. The sizing system we use for clothes today was first rolled out for military purposes, so that large numbers of uniforms could be manufactured and would be guaranteed to fit on soldiers. Cargo pockets are yet another example of a military application being adopted into consumer fashion.

All Alphyn Industries apparel is produced and manufactured in San Francisco, which helps support local businesses, but also takes advantage of the city’s considerable expertise in the clothing industry. Both Levi’s and The Gap were founded in San Francisco, and the city has a long history of making jeans and denim. “Part of the idea was to merge old school manufacturing, with new school technology,” says Raviv, who cited San Francisco as home to many of the world’s leading tech companies, including Apple, Google and Facebook.

After tackling consumer fashion, Raviv says that Alphyn Industries sees a potential market outfitting utilities workers, those in health care and logistics. Raviv says that his company has spent a considerable amount of money on patenting their functional clothing, so that when they go beyond the consumer marketplace they can license their designs other garment manufacturers.