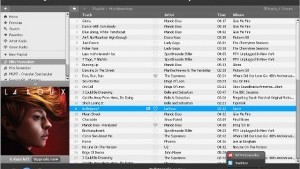 Samsung has today announced that it has postponed the launch of its Galaxy Tab 10.1 tablet in Australia, reports Gizmodo. The launch was to occur next Thursday, August 11th.

In light of the current legal proceedings by Apple Inc. against Samsung Electronics Australia, Samsung regrets to announce it will be postponing its media launch event, scheduled for 11th August 2011, for the Samsung GALAXY Tab 10.1.

Samsung will announce a new date for the GALAXY Tab 10.1 media launch event as soon as practicable.

The statement seems to indicate that Samsung hopes to bring the Galaxy Tab to the Australian market eventually, but at this point it’s looking like it will be after the legal proceedings have been decided.

Apple has filed a patent infringement suit against Samsung in Australia, claiming that the Galaxy Tab infringes on 10 of its patents, including the ‘look and feel’ of Apple’s iPad.