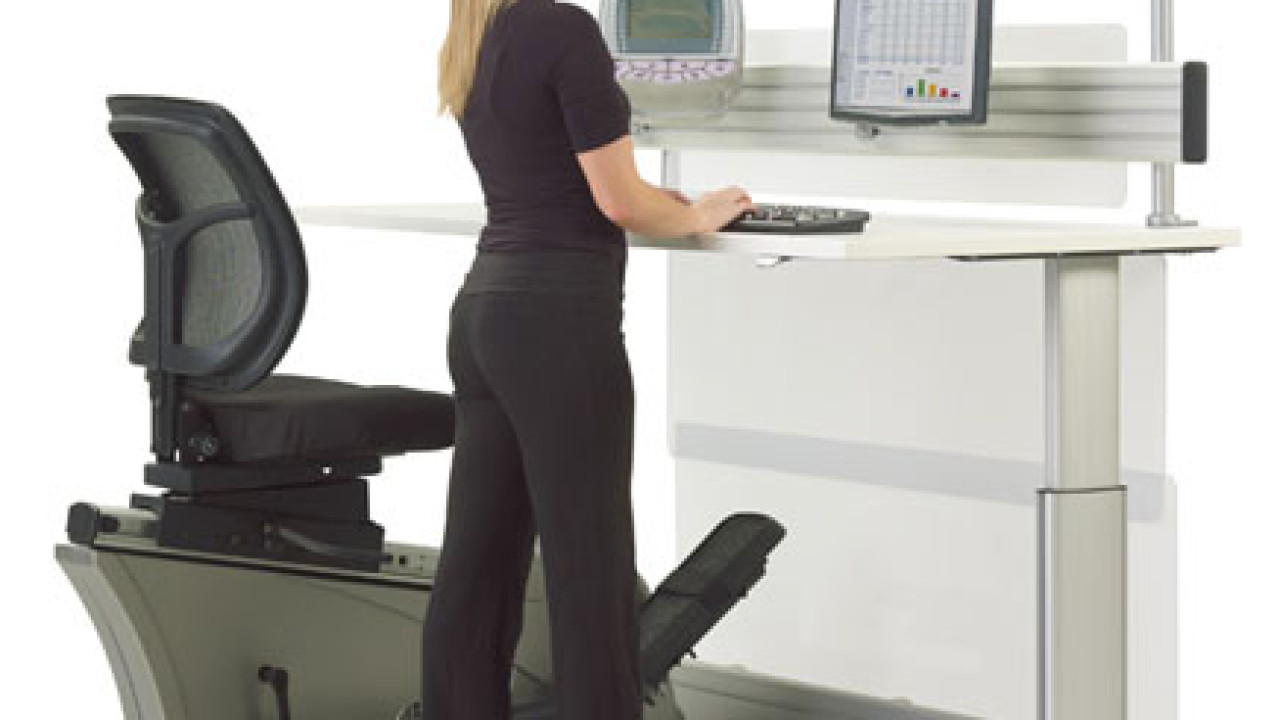 I have precisely one complaint about my job — By its very nature, I tend to sit on my butt all day and not have any physical activity. For a person who’s prone to gaining weight by looking at food, this isn’t a good thing.

However, if you happen to have a few grand to invest in your health, a company called rightangle has invented the  LifeBalance Station which be the perfect answer. We’ve seen the benefits to a standing workstation, and we all know that elliptical machines are a great workout, so what if you combined the two?

LifeBalance has given us the best of both worlds by having a movable desk that can go from a standing workstation to a sitting one, but then also pairing that with what appears to be a rather comfy chair…that has an elliptical machine for the foot rests.

The workstation will set you back some cash, but it might very well be worth it. Want a better look? Here’s the promo video: