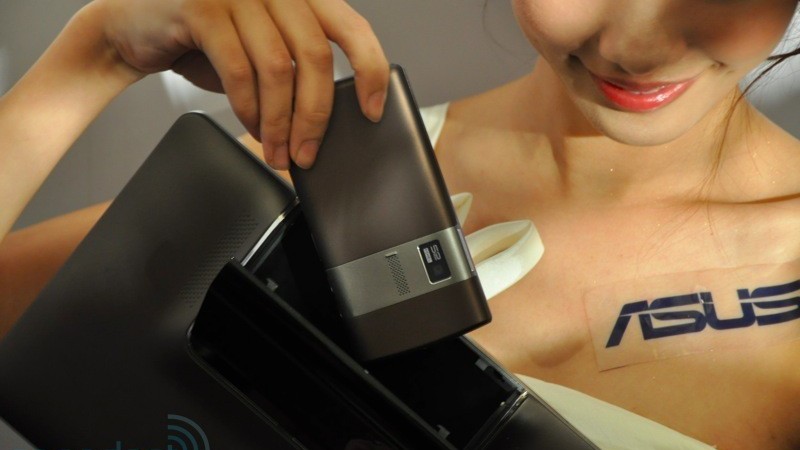 We’ve seen similar offerings from Motorola lately in the Atrix 4G, but this convergence of phone and tablet is the first of its kind. Asus has just demonstrated a device that it’s (somewhat unfortunately) calling the Padfone at Computex in Taipei.

The idea is that you take a phone, slide it into a tablet-formed “dock” and then continue to use the same device but just in a different function.  Once docked, you’ll get the larger screen, some additional battery power and I/O ports but we don’t know any of the fine-point details just yet.

So your phone then drives a tablet, giving it 3G capability and keeping you from having to synchronize data or use cloud services to keep information accessible. Interesting.

There’s no word yet about pricing, as the device is more proof of concept than retail-ready. Asus says that the size might change, as well as nearly every other detail. Rest assured though, we’ll be keeping our eyes on this one.