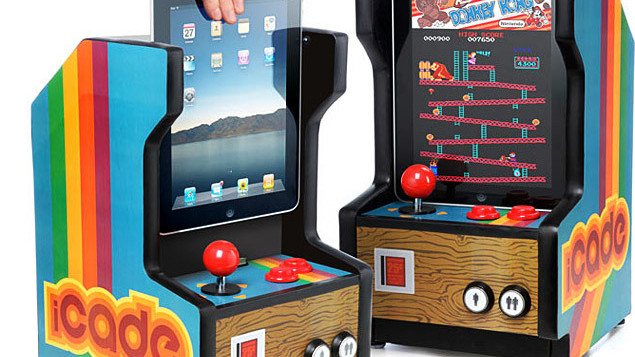 Yes, I know that this was a running joke for a while, but after stumbling over it on Uncrate, I found out that you can now actually purchase the iCade via ThinkGeek.

The iCade is a miniaturized, Bluetooth-enabled dock for your iPad. Slide your Apple device inside and you have arcade-style controls for loads of games such as Donkey Kong and Ms. Pac-Man (which, as any geek worth their quarter will tell you, is far superior to the original Pac-Man).

Still not cool enough? Check out what ThinkGeek says about the available games, and the future:

ThinkGeek has partnered with ION. Atari, the first name in classic arcade games, also signed up to bring a huge suite of classic arcade titles including Asteroids® to market with iCADE support built right in. When released, a friendly API will be made available to developers to add iCADE support to almost any game.

The iCade is backordered right now, but you can bet your blip that we’re going to chunk down the $100 to get put onto the waiting list!