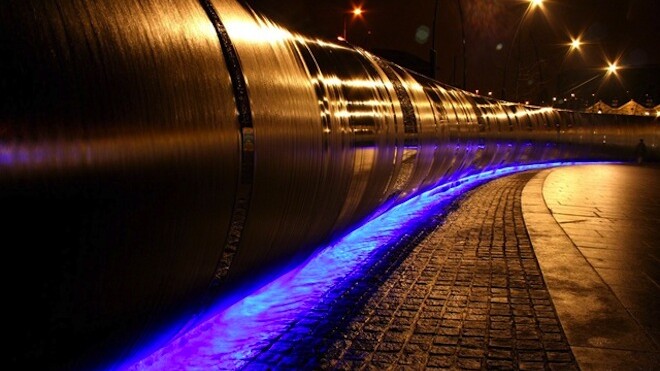 We’re not cutting edge, we’re bleeding edge. We’re like the hipsters of tech who look at cutting edge and scoff at how long it’s been around. As such, even the newest of new products can only keep us interested for so long. What do we really want? The things that haven’t yet been invented.

I have my own list, but I thought it would be fun to turn to Twitter to find out your thoughts. Strangely enough, much of what I’d love to see are the exact same things you’d want as well. What are they? Here are some of the best suggestions.

I have to start with a couple of suggestions from Chuck Falzone. Chuck is an Android phone junkie, and his suggestions echo that:

Imagine the uses here. Who needs Google Maps when you could have an overlay of exactly where you are going? What about walking past a restaurant and being able to instantly see Yelp reviews for it? I’d love to have a set of lenses that, while I’m driving, would show me possible obstructions in the road ahead, or perhaps alert me to slow-moving vehicles before I’d notice them myself. Watching TV? Your contacts could let you look at any product on the screen and instantly show you where you could buy it. These would be amazing!

Oh sure, we’ve seen options to extend battery life. Usually they consist of things that you wouldn’t want to do or replacing your battery with something even bulkier and heavier than you have now. We want an option that is, at minimum, the same size that we have now, but with at least ten times the battery life.

What would be even better? How about a self-charging battery? We already have watches that charge via kinetic movement, why can’t we implement this to a mobile device? While solar has been a pretty viable option, it’s far from convenient and usually requires you to carry more things. The rest of the options? There aren’t many. A kinetic charging battery would be life changing!

The next suggestion comes from Phil Wilson, and I bet it’s one that you’ve wanted to have, too.

Now we’re talking, Phil! Who needs snail mail when you could just replicate something on the other end? Travel times would become obsolete as we simply stepped inside and transported ourselves to wherever we wanted to be. Of course there are legal and ethical things to sort out here, but I’m guessing that if we can develop a transporter, we can figure out how best to use it.

John Thompson imagines a house where you could change your scene on your wall with the touch of a button. Want to relax? Bring up an aerial video of the Grande Canyon or a waterfall. Need to get some work done? Your wall could be filled with widgets that update information on the fly.

The idea behind this is to essentially take an Android OS home screen and make an entire wall the display. Of course, some of you would rather that iOS deliver your wall-entertainment experience, but that would kill the widget idea. Regardless, I’d love to see some way for this to happen.

We have alarm clocks that wake you gently, some that rouse you like the fist of God slamming on your nightstand and yet others that require you to chase them around the room. As of yet, though, there’s not quite anything that beats the wake-up potential of the scent of fresh-brewed coffee and a cooking breakfast.

An alarm clock. Like a mind blowing one. Probably with freshly baked croissants popping out.

While I’m thinking that the idea of freshly-baked bread beside your face is probably a bad idea, there’s nothing saying that we can’t go off of this thought to make something similar. Wired houses and coffee pot timers notwithstanding, there should be a better way to wake up, and Konrad’s idea would be a welcome one for me.

Though, can we change that scent to bacon, please?

So there you have it — my wish list as compiled by your Tweets. Have other things that you’d love to own but they don’t exist yet? Let us know in the comments!