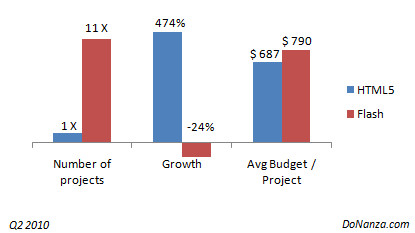 Air bursting frag shells, armor piercing rounds and shaped charges all sound like things out of the latest Gears of War game, but they’re actually weapons that the US Army is testing now. Just to make sure that you know how cool their new weapons are, they’re using video sharing sites like Vimeo to get the word out by posting videos of some of them, like the XM-25 computerized smartgun.

The XM-25 is an adaptable smart weapon that allows for the use of some crazy ordinance. The weapon can be loaded with a variety of 25mm projectiles that can cause damage in all sorts of interesting ways. It has a computerized sight that allows the user to program the exact distance that the artillery shells explode in midair for instance, allowing soldiers to bypass enemy cover. The video below is a demonstration of the various features of the XM-25 and it looks like a hybrid of the tech in Aliens and Predator, only scarier.

In addition to the frag shells in the video above the Army says that the semi-automatic XM-25 could work with a variety of other ammo like rubber slugs for riot control, door-breaching shells and stun bombs. There are currently five prototypes of the XM-25, dubbed ‘the Punisher’ by soldiers, in the field in Afghanistan. The manufacturer ATK claims that the airburst weapons system used in the XM-25 provides the soldier with a ‘300% to 500% increase in hit probability targets out to 500 meters’.

I have a feeling that Arnold might have had an easier time finishing off that predatory alien if he would have had an XM-25 in the jungle.

The Army has about 40 videos up on their Vimeo channel showcasing experimental weapons and tactics. Army recruitment has always used the media as a way to reach potential soldiers and social media is just the newest way that they’re spreading the word and attempting to build hype for enlistment.