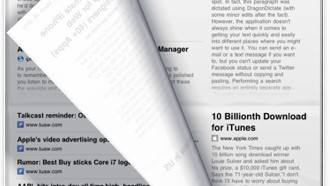 Speculation started flying around the web today that domains registered by Amazon last week suggested a name for the company’s rumored tablet project: the Scratchpad.

Despite some reports suggesting that Amazon’s new tablet may be called the Scratchpad, the domain registrations are related to some of the company’s developer tools.

Amazon’s legal department registered several domain names on the 25th of March, including AmazonScratchpad.com and several variations that include the letters MWS — Amazon’s Marketplace Web Service.

The Amazon Scratchpad apps have long been available to developers as tools for testing various Amazon Web Service APIs without writing code for them, such as this one for EC2.

The fact that these tools have been around for years and the inclusion of MWS in the name is a dead giveaway: if Amazon does release a tablet, it won’t be called the Scratchpad — unless their legal department has just pulled off a clever stunt in misdirection.