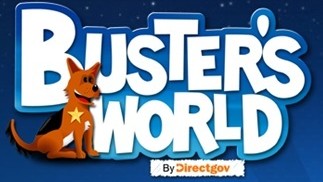 You’ll have to excuse my Android fanboyism during this piece. The fact of the matter is, I had been trying to track down a Nexus S since the first day that it got confirmed. So when I finally got the notification this past Monday that one was headed my way, I was excited beyond anything that you’ve seen outside of an Apple store the night before a new iPhone.

You see, when the Nexus One came around, people talked it up like it was something that the world had never seen before. Fortunately, at least in some respects, it was. It was the first pure Android device, it was built on a great handset and it carved the way into the future for the Android releases up to and including FroYo. I had high hopes for its successor, the Samsung-built Nexus S. Would they be fulfilled?

It’s important to understand that I was reasonably impressed with the Galaxy S line of phones. Though the Nexus S has some marked differences, there are some very striking similarities as well. If you’ve used Verizon’s Galaxy S, branded as the Samsung Fascinate, then you’ve essentially held a phone that feels very similar. There should be some pretty significant differences, though, given the OS.

I’ll say, first off, that the Nexus S is a pretty nice phone. It’s not world-shattering, but it’s pretty nice. If I were a customer that had better T-Mobile coverage in my area, I’d likely have it on my short list. But realizing that, I also had to realize exactly what drove me to that decision. In that, the fact came to me — The Nexus S is akin to what Google is doing for the Chrome OS with the Cr-48.

Don’t get me wrong, the Cr-48 is underpowered and a real pain to use sometimes. The Nexus S is hardly that. In fact, it’s beautifully speedy. Sadly, that’s also the end of where I can compliment the phone. Google and Samsung made some odd choices for the Nexus S and, while I’ve only had it for a couple of days, they were glaring things that have come to mind.

First, there’s the issue of the four soft keys. While I understand that this isn’t a Google-driven decision, I don’t understand why Android handset manufacturers continue to flip them around at will. The Nexus S configuration is maddening to me. I’d give just about anything to have my home and search buttons flipped around. It’s minor, but it’s an annoyance.

Next, there’s the display. It’s a 480×800 Super AMOLED. In the Galaxy S phones that I used, it was the same complaint — it’s very pretty, when used to its full potential. When it’s not, it shows every flaw. While I understand that Super AMOLED is the new standard, there are phones out there that look way better with the same type of display.

I also don’t understand the method to the madness behind not having a Micro-SD slot. Sure, the phone has a pretty hefty chunk of onboard memory. But the fact is that apps are getting bigger and that space is becoming a premium. When the new offerings on the market are holding up to 32 gigs of data, having a hard cap of 16 gigs is just a bit strange.

All of these things seem to add up to a few annoyances that would keep me from actually having the Nexus S top my “most wanted” list. Oh, also you can add the fact that it’s a T-Mobile device, made by Samsung, and lacks the ability to do 4G data speed. Huge oversight.

The same can be said for the Cr-48. When we did our first review of the Chrome Notebook, it became very obvious that the platform wasn’t what shined. Rather it was the OS itself. This seems to be the case for the Nexus S. Android Gingerbread is lovely. It’s an absolute joy to use. But using it on the Nexus S seems to be limiting it.

Round all of these up into a nice pile and you’ll have my knee-jerk verdict — The Nexus S is a decently usable package for an OS that can do incredible things. Now, here’s hoping that other carriers and manufacturers will be quick to adopt Gingerbread so that I’m no longer tempted to put up with “decently usable” just to get the OS.