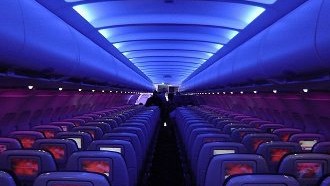 It’s been a kid weekend, for me. While I don’t normally focus on family-friendly tech, the events of this weekend (movies and family time and Internet, oh my!) have made me realize that there are 5 things that are indispensable tools that every family should have. That said, I’m sure you have your own, but here’s my list: photo © 2008 Jamie McCall | more info (via: Wylio)Oh sure, you can call it an app. But really, Netflix has turned into much more than just an app, for us. The greatest part about Netflix is in its portability. I love the fact that I can take a netbook in the car and stream shows for the kids to watch via a lowly 3G connection.

What becomes the quandary, at least for us, is deciding how we watch the content that we watch on Netflix. Do we invest in a Roku box? Maybe an Xbox 360? Or the Apple TV could be a great choice. As of yet, we’ve not settled onto any one device, so we’re typically watching via the MacBook Pro or some other computer in the house. We’ll make our decision soon, but not just yet. We just know that it’s $9 per month well spent. photo © 2010 Intel Free Press | more info (via: Wylio)Yes, netbooks are family tools for us. My son, aged 8, is at the point where he’s gotten really curious about what he sees dad doing all the time. My daughter, though not quite as interested, has quite the fondness for Disney games. Right now, our on-loan HP Mini 210 is their best friend.

The joy of netbooks for the kids is in all of the things that we tech types tend to find annoying. They’re simple, they’re cheap (for the most part) and they’re small. In other words, they’re perfect for kid hands and to help them learn how to properly use a computer. Mix a netbook with a locked down copy of Windows 7 and you’re about as safe as any computer can get.

photo © 2010 Yu Morita | more info (via: Wylio)Our personal camera of choice right now is the Kodak Playtouch. It takes perfectly acceptable pictures in bright light, and does amazing 1080p video just about anywhere you could want. The on-screen controls are simple enough for the kids to use and most flip-style cameras are built like a tank. They really can take a fair amount of abuse without falling victim to tragedy.

For as long as I can remember, my kids have wanted to take pictures. Instead of handing over my fairly expensive Canon to their munchkin hands, I toss them the Playtouch and let them go crazy with it. While I typically end up with fifty pictures and a few minutes of video of my dog walking across the room, they still have a great time when we hook up the HDMI to the TV and look back at their “work”.

Maybe this seems like a cop-out, but it’s really not. The fact of it is that music does indeed soothe the cranky 6 year old just as much as it does the savage beast. Now sure, you could go buy the cheapest mp3 player on the market, but you’re going to get what you pay for.

Investing a few dollars in to a simple, but well-built (the iPod Shuffle and Samsung’s Galaxy Player come to mind) mp3 player will serve you well for years to come. Not only are they rigid enough to handle the bumps that will inevitably come, they also have controls such as volume limiting that really are important when you’re placing speakers only a few millimeters away from your kids’ ear drums.

photo © 2009 goXunuReviews | more info (via: Wylio)I’ll cop to it — I let my kids play games on the computer. Why? Not only for entertainment, but also because it helps them find interest in reading. When they have to read to understand what’s going on in a game, that’s a big bonus in my perspective. Once they’re ready, step them up to an e-reader of some sort. There is a huge selection of them on the market, and some of them are incredibly cheap. The newest Kindle, for instance, or maybe the previous generation of the Nook.

Load them up with kids books. There are loads of them available for purchase, and even more available for free across the Internet. Just do yourself a favor and watch what they are reading. Just because they’ve taken an interest doesn’t mean that it’s all fair play.

So that’s my list. What’s on yours? Anything that your family simply can’t do without? Let me know in the comments. I’ll be here, watching movies and reading what you say.