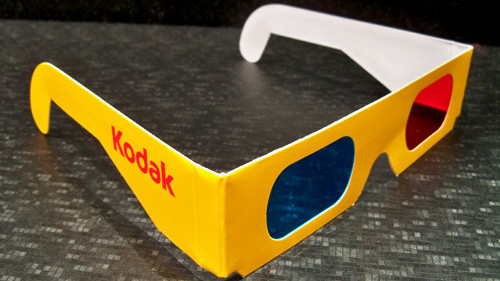 Kodak announced its new product at this years CES conference, a new printer in the Spring that will allow people to print their own 3D images and photos, bringing your otherwise boring family snaps to life.

The feature, which is yet to be named, will be added to Kodak’s ESP C310 model and will likely retail for around $100 when it launched in the Spring. It will ship with two sets of paper 3D glasses, allowing those close to the printer to enjoy the 3D beauty of your photographs.

The 3D making process isn’t easy however, users are required to manually capture two photos of the same subject, one slightly off from the other. According to Kodak, you will need to offset the second image about 2 to 3 inches from the first to generate a decent 3D image, the company’s bundled software (Windows-only at present) mashing your photos together to render the final image.

The printer uses the anaglyph process, providing a stereoscopic 3D effect which doesn’t necessarily provide depth to images, instead highlighting the distances between images. We visited the Kodak blog which introduces the new 3D printer, demonstrating the process and also providing a 3D-rendered image to use as an example:

Whether the printer signals a new era of personal printing remains to be seen, we feel that as soon as the 3D camera technology becomes widely available, 3D printing could then become more widespread.