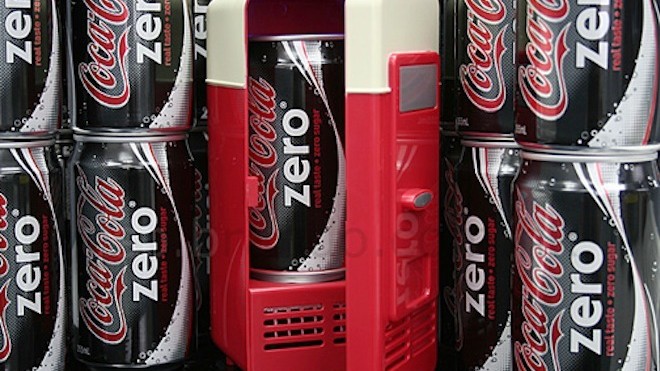 Sometimes gadgets are serious, with serious functions in mind. But sometimes you just want to work a bit in order to gain eventual laziness. Nothing much to say about this, other than how awesome it is. This, ladies and gentlemen, comes from the minds who will be the future of our world.

[Creator Ryan] Rusnak says the idea stemmed from his interest in micro controllers. He wanted to see if he could devise an iPhone-controlled vending machine, so he cut a hole in a beat up mini fridge and threw some Plexiglass over it.

While I’d personally prefer that it could chuck an ice cold Coke Zero my way, I think a bit of application tweaking is all that would have to happen. Well played, Ryan. Well played indeed.