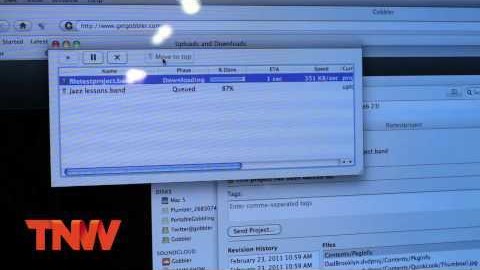 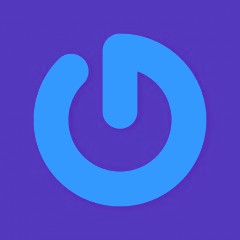 Imagine a world where you can walk out the front door and find your car waiting to greet you. It drives itself, so you can spend the ride writing e-mails, catching up on paperwork, or even crocheting a lovely scarf. All around you, cars criss-cross seamlessly through intersections, automatically determining the most efficient way to keep the flow of traffic moving. When you arrive at your destination, your car drops you at the curb and then scurries away to park itself.

It sounds like science fiction and eerily similar to the traffic scene in “Minority Report.”  After the debut of GM’s mini concept vehicle at CES on Thursday, this vision of transportation might not be so far from reality.

The EN-V is a two-seat electric vehicle that incorporates the dynamic stabilization technology of the Segway. There are three models – the  Jiao (Pride), the Xiao (Laugh), and the Miao (Magic). The car, which has a top speed of about 25 mph, is powered by a lithium-ion battery that can be recharged by a standard wall outlet, and can go roughly 25 miles between charges. The EN-V is autonomous and features collision avoidance systems that can detect pedestrians as well as other vehicles. It can be remotely retrieved from parking spots, and even has a “platooning” feature, which allows it to coordinate with and follow other vehicles when traveling on city roads.  Built for urban areas, the energy efficient cars are designed to alleviate traffic congestion and parking frustration. In fact, GM says that six EN-Vs can fit into a single parking space designed for a traditional vehicle.

So what’s preventing these tiny bubble cars from hitting the streets? After the demo, I sat down with with Chris Borroni-Bird, the Director of Advanced Technology Vehicle Concepts for GM, to try to find out.

What needs to happen in order for these cars to be a reality? It seems like EN-V concept would generate a lot of interest, especially since you mentioned in the presentation that these would be more affordable than standard cars.

CBB: Yes, that’s right. Since the EN-V is 3 or 4 times lighter than a traditional vehicle, the battery required to propel it isn’t very big and the wireless communications technology is also inherently affordable. Really, it’s not the vehicle per se that’s the challenge, it’s finding a place where we could introduce this where we don’t have to necessarily worry about it co-existing with cars.

Would you need to get an entire city to agree to use them? Because that might be difficult.

CBB: I think that if we could find a test bed, or even just a closed off zone, it would be enough for people to say “I get it now, this could be real.” It doesn’t have to be very large, it could be a small area of a city, or a little island, or a tourist resort of some kind, but if we could find some place where we could test this, then I think the benefits would be compelling. And from a test bed like that, we could also see what we could transfer to an existing city.

Could elements of this concept be introduced sooner?

CBB: Of course. I mean, you could imagine shared electric vehicles being introduced in Los Angeles very soon. Not necessarily as small as this, but perhaps conventional vehicles such as small electric cars that are networked together.

Sounds similar to an updated version of Zipcars?

CBB: Not exactly. Imagine that they could be smaller and networked together, and I think you can begin to see more of the integration. Today’s public transport offers very few opportunities for integration because they are large mechanical stand-alone devices. But small electric vehicles could be easily parked or charged at train or bus stations and networked together to share schedules.

Then those cars could be shared really easily, because they could drop one person off and go pick another person up.

For example, what if a public utility, instead of buying a bus, bought a fleet of these vehicles for the same amount of money? Buses are a huge capital investment with a fixed route and schedule. When people move to a different part of the city, they have to work out a whole new route. The whole process can be very complicated. But the EN-V vehicles can be deployed with so much more flexibly. Plus, the concept is much more energy efficient, considering that most buses run on diesel, and aren’t even fully occupied most of the time.

After the interview, I was treated to a drive around the convention center parking lot in the Xiao (Laugh) model. While it felt a bit like being inside of a giant Scrubbing Bubble, the ride was super smooth and the car can swivel and turn on a dime.  And if the EN-V ever does go into production, I know I would choose a little pod car over a crowded, stuffy subway in a heartbeat.