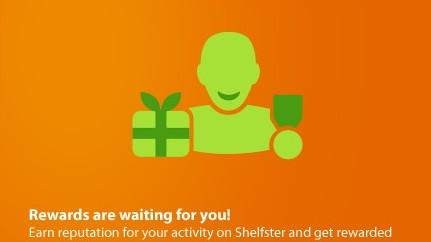 2011 is the year of the tablet at CES, the Consumer Electronics Show in Las Vegas. Since so many tablets (over 20) are being announced, we’ve stacked up the best ones and weighed their definitive characteristics against the reigning Apple iPad. Even with multiple operating systems, slide out QWERTY keyboards and a myriad of designs and forms, there’s no clear iPad killer yet, particularly with what we know of the much anticipated iPad 2. 1. Asus went balls to the walls this year with their tablets. Of their 3 new Android tablets, the Eee Pad Slider is the strongest contendor. It’s a 10.1″ tablet, measuring half an inch thick, with a discreet sliding QWERTY keyboard. It runs on Android 3.0 Honeycomb and includes a NVIDIA Tegra 2 processor. It’s slightly heavier than the iPad at 2.2 pounds but it also has a camera on the front (1.2MP) and back (5MP), a mini USB port, a mini HDMI port and a Micro SD card reader. ($499-$799, available in May)

Their second tablet, the Eee Pad Transformer, also called “My Wave” features a detachable full keyboard, Android 3.0, a Tegra 2 processor, the same dual cameras, and a 32GB SSD with 1GB of memory. ($399-$699, available in April)

Their last tablet is the Eee Pad Memo (image to the right), which bridges the gap between a giant smartphone and a tablet, measuring a tiny 7″. It’s got a Snapdragon processor, the same dual cameras, and can be used as a phone with a Bluetooth MeMic accessory. ($499-$699, available in June)

Verdict: With so many different screen sizes and designs, a consumer will surely be faced with buyer’s remorse. In fact, I’m feeling overwhelmed just looking at them. Lenovo‘s new IdeaPad U1 Hybrid functions both as an Android tablet and as a Windows laptop. Essentially it is a laptop with a removable touchscreen. In laptop mode, it functions as a Windows computer with a touchscreen. The screen also pops out to function just like a tablet running Lenovo’s own customized version of Android. Unfortunately there’s no way for the tablet itself to access information stored on the laptop without plugging into it. ($N/A, available in China only)

Verdict: It’s available in China only. They released a similar version last year that never made it to the states either, so don’t hold your breath.

Sharp is hopping on the CES bandwagon this year with its own “Galapagos” e-media tablet that also takes aim at e-readers. It has a 16:9 LCD touchscreen, is WiFi enabled and works with Galapagos, a cloud-based bookstore in Japan that offers e-books, newspapers, magazines movies, games and music. All downloaded content is stored on the tablet’s microSD card so users can continue reading e-books without a WiFi connection. The device currently runs on Linux and is only available in Japan. They announced a US launch date of late 2011. (Prices not announced)

Verdict: Too early to tell. If the device does come to the states, it will be interesting to see which platform it chooses to distribute content from.

Samsung unveiled its Samsung TX100, a 10.1″ hybrid tablet running Windows 7 with 4G. The multi-touch screen hides a sliding QWERTY keyboard and mousepad. It’s powered by Intel 1.66GHz Z670 Oak Trail processor and features WiMax availability, an ambient light sensor, USB and HDMI ports, 2GB of RAM and 32GB / 64GB SSD options. The tablet is pre-loaded with a range of Samsung and Bing apps. The coolest thing about it? It boots in under 20 seconds. ($699, available in March)

Verdict:  It’s fast but the screen and keyboard mix feels cramped. Honestly, I’m not sold on the hybrid trend. The iPad is a thoroughbred, this is a camel.

The most anticipated tablet of CES is undoubtedly the Motorola XOOM. Announced just moments ago, XOOM will run on Honeycomb, the tablet friendly version of Android. It is in fact the first device to incorporate Android 3.0 Honeycomb, Google’s new operating system developed specifically for tablets. The Motorola XOOM’s 10.1″ widescreen is HD optimized. The tablet includes a fully functioning HD camcorder and a 5MP camera to view and edit videos and photos immediately. It’s sexy and it’s slick. Actually it looks exactly like a black iPad. The clarity is beautiful. The speed is astonishing. The device will launch as a 3G/Wi-Fi-enabled device in Q1 2011 with an upgrade to 4G LTE in Q2. No word on pricing yet. Watch a video of the XOOM experience here.

Verdict: This is the by far the best tablet I’ve seen announced at CES. It will be to the iPad what the Droid is to the iPhone. Apple addicts might still be left feeling unsatisfied, but for all the Android loving technophiles out there it’s time to empty out your piggy bank.