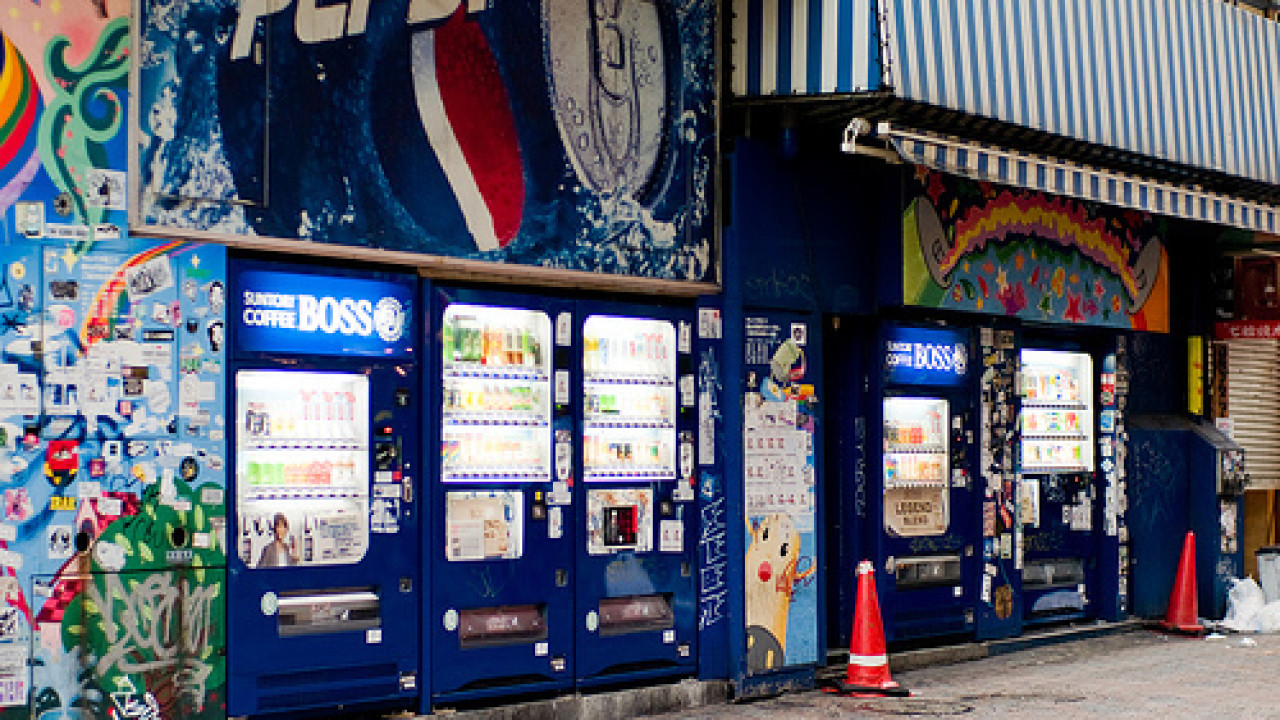 Vending machines, they aren’t the most exciting things in the world are they? Most machines require you to peer in through the glass front, work out what you want to consume and then enter enough money to purchase the snack or drink of your choice.

The machine itself centres on a huge 47-inch touchscreen panel which will watch you with its cartoon eyes until you walk up to it. Detecting that someone is approaching, the vending machine will switch to the storefront, displaying drinks that are available to buy (it won’t display any beverages not in stock).

Selecting a drink will bring the product into focus, displaying price and a little more information about it – the user can then pay for the drink using cash, using Suica (a prepaid card) or by using your mobile phone.

According to Akihabara News, the machine is able to determine the age and gender of the person using it, suggesting specific drinks for that person. As a result, JR East Water Business has published a press release stating the machines take 3x more sales than other vending machines, apparently the machines are so popular people queue just to interact with them, with people between the ages of 20 and 30 most likely to buy something.

The vending machines, created by design company Design Studio S have proved so popular, JR East Water Business is hoping to roll out 500 of them in the next two years.

Here’s a video of it in action: