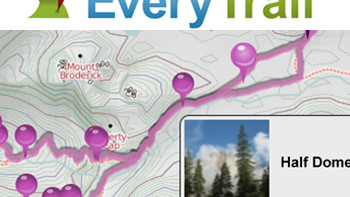 You left your shopping til the last minute didn’t you? Don’t worry. We’ve got you covered. Here are 6 great last minute items that are guaranteed to keep your uber-cool, uber-geeky friend happy this Christmas. I’ve had a great time playing around with this Lomographic camera recently. The Diana mini series weighs just half a pound and looks like a toy camera. After a quick refresher in old school photography it’s relatively easy to use. The camera uses 35mm film and has two formats- square and rectangle. Every time you snap a photo just spin the cupcake wheel round. The camera also comes with colored gel flash filters to add tints to each shot. Considering Instagram is my favorite iPhone app, it’s no surprise that the real version would tickle me pink. Buy here. You will undoubtedly impress any sleek geek hipster with this Samsonite Suitcase – Hard to Find “Tall Boy” with a 15″ Woofer. Just tell him you made it yourself after rummaging around a flea market in the 70s in San Francisco. The 200 watts battery powered speaker suitcase comes from a whole line of self powered, portable suitcase stereo BoomCase systems that work with your iPod/iPhone or any device with a headphone jack. The BoomCase will last 8+ hours on a single charge (charger Included). In addition to running on batteries, the BoomCase can also be plugged in when the party goes inside. To save on weight, you can opt for a plug-in only version. BoomCase ships internationally and has 220/240v Chargers available for $25. Buy here. In November, we featured TikTok’s iPod Nano Watch, which raised close to $1 million on Kickstarter, grabbing the spot for most money raised on the fund crowdsourcing site to date. Based on the idea that the world’s first multi-touch watch should be designed for the Nano, Scott Wilson, the founder of Chicago-based design studio MINIMAL, made two designs, the TikTok and its premier partner the LunaTik, which both transform the iPod Nano into the world’s coolest multi-touch watches. The watches are hardly just Nanos slapped onto cheap plastic. They are well designed; engineered and manufactured from premium materials that complement the quality of Apple products. Buy here. Fresh from the crew at Ghostly International, the guys were “admittedly somewhat skeptical about the Balloon Speaker. The first sound we expected to hear out of its spongey, 2” spherical surface was the word “novelty.” Contrary to our preconceptions, this little fella has proven quite versatile while emitting a respectable sound. Like the Card Speaker, it’s great for those moments when you want to share some music in casual settings: the dinner table, a picnic, the shower…” It comes in black, and includes a 3.5 mm connection plug and a USB battery charge cable. The speaker has an operating time of approximately four hours on a two-hour charge. Buy here. I recently wrote about these awesome glowing, neon headphones made by audiophile manufacturing king Monster in partnership with Disney.  The new futuristic looking headphones include Monster’s leading-edge sonic technologies and a few new innovations including: Monster’s advanced studio driver design for ultra-precision surround-sound clarity; Extra-large over-ear drivers to deliver deep bass and thunderous low-end effects; LED Light Drive System used for the first time in Monster headphones to recreate TRON: LEGACY animated lighting effects; Advanced noise isolation technology that blocks external sound so users can remain immersed in music, movies and games; Removable boom microphone that can be placed on either side, giving gamers a useful edge while playing and conversing hands-free with opponents. Also be sure to take your sleek geek to Tron in 3D, which came out on December 17th. Despite reviews, I thought it was very, very good. Buy here.

And if you really love your sleek geek, (and you are looking to drop the amount I pay a year in rent…) The Leica Pradovit (D-1200 WUXGA DLP) Digital Projector comes with 2000 ANSI Lumen lens delivering 1920 x 1200 pixels resolution. The projector distinguishes itself with its high performance, elegant design and compact dimensions, weighing in at just under 3.5 kilograms, making it the world’s smallest and lightest projector in its class. The Leica Pradovit D-1200 can be used for a variety of events including projecting digital photos in large format with true, realistic image quality and films in full HD quality. Moreover, it has a very clear menu navigation and an easy to use remote control for the most important functions. Buy here.