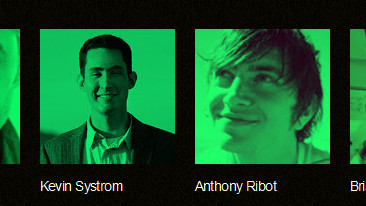 Alright folks. Black Friday has come and gone but that doesn’t mean there aren’t more deals to be found. In fact, Cyber Monday is just a few hours away and it too will be bringing a ton of deals on gadgets ranging from televisions to phones. So, let’s take a look at 10 of our favorite deals that you should consider taking a look at if you’re in the hunt.

So in no particular order, here are 10 that you might want to have in your sights. The HTC HD7 was just released a short time ago on T-Mobile, it was also recently profiled on our list of the best big screened smartphones and now, it’s up for sale at Best Buy for just $79.99. Of course, it will come at the cost of a two-year contract but that shouldn’t be a problem if you’re leaning towards T-Mobile and you want one of the best Windows Phone 7 devices on the market. Those looking to scoop up a television might want to consider this bad boy from Mitsubishi. If you’re looking to get a huge television that’s 3D compatible and get all of that for a great price than this is probably something to consider. 65 inches, 1080p quality, 3D , HDTV. Don’t have to say much more than that. Alright, so Auria isn’t the same name as Samsung but for those who don’t care about the brand and really want to get a large 1080p LCD television on the cheap, look no further than this deal from Newegg. This 42 inch offering from Auria is normally $800 but if you decide to snag it during Cyber Monday, you can get it for $400. That’s half off and that’s nice.

Looking around, reviews for Auria TV’s aren’t all that bad so this could be an absolute steal. Sure, it’s a mouthful, but boy this a high quality mouse for a really good price. I personally own one and absolutely love it. And if you don’t trust me, you can read the reviews of the 365 Newegg reviewers who gave it 5 stars. High range of button customization, great button placement, Hyperscrolling, and it’s wired.  Usually, it’s a $70 mouse but right now and tomorrow? It’s $34.99.

Doesn’t seem like much but that’s because it’s following two expensive televisions. Want a PlayStation 3? Well, this is probably the deal you want to take advantage of while it lasts. Wallymart is offering a terrific PS3 bundle for $388. Along with the actual console you’ll also get to select two games (Madden 11, Uncharted 2 and Gran Turismo 5 are options) and you’ll also get to select a Blu-ray DVD from a ton of choices. That’s not a bad deal at all.

Of course, it doesn’t include the PlayStation Move or an extra controller which is a bummer but hey, don’t get too greedy. Yes, there are mp3 players out there not called the iPod and one of them happens to be a nifty little offering from Microsoft called Zune HD. This deal from Walmart is fantastic because for $188 you’ll not only get a Zune HD player but you’ll also get to choose between a Charge Pack, Sync Cable (?) or Charger and A/V Dock. If you choose anything other than the Dock, I pity you.

A great offer for those of you who have become disenchanted with the iPod. We actually just profiled this in our list of gadgets for social media lovers but as a short recap, the Flip UltraHD Video Camera is perfect for those of you who want to shoot quality video and get it on YouTube or Facebook or what have you, fast.

It’s pocket sized. It shoots 720p video and it has 4GB of on board storage. Let’s just get this out there. Nokia’s N8 has had some issues but they apparently only affected an isolated bunch so don’t let them deter you from taking a look at this unlocked device. If you can look past Symbian, that’s the real problem, Nokia has a pretty quality phone here. Its 12 mega pixel camera is perfect for those who love to take photos on-the-go and it has a fantastic 3.5 AMOLED screen.

Normally, it costs a whopping $549.99 but during Amazon’s Cyber Monday you can snag it for $429.99. It’s expensive but remember, it’s not carrier affiliated. A few years ago, this deal might not have made this list. However, we are living in a different world and stuff takes up a ton of room on our personal computers. In other words, for some people, the GB is no longer enough. So why not invest in a fantastic external hard drive that’s on sale that will solve all of your memory usage problems, at least for awhile.

Newegg has Western Digital’s 1.5 terabyte USB external hard drive on sale for $79.99. That’ s a pretty killer deal considering it’s usually $110. If you are looking at picking up a Seagate external hard drive, and I know Amazon has some deals on them right now, just stop.

Grab a Western Digital, you won’t be disappointed. Last but not least, a point and shoot digital camera from Kodak, specifically, the M590. Our own Brad McCarty actually reviewed it just a while back so head here to get all of the juicy details. However, the verdict was that this is a solid camera in its $150 price range. Of course, we’re talking Cyber Monday here folks and the M590 is on sale for the low price of $114.

For a 12 mega pixel offering with social capabilities, that’s an absolute steal.

That’s our list. Obviously there are a ton of gadget deals but these were the ones that caught our eye. So for those of you trying to get shopping done, good luck and godspeed.