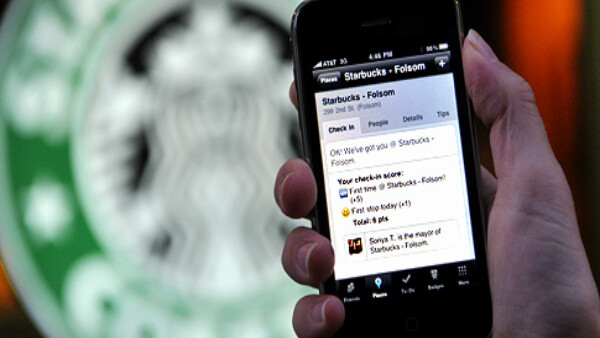 Facebook has over 500 million active users. Foursquare has passed the 3 million user mark. Seeing a trend here? Social media has taken the world by storm and to satisfy the world’s hunger for it, companies are putting out devices that satiate those needs. Here is a list of gadgets that do social extremely well and might be worth a look.

They are listed in no particular order: There is a time to be social and there is a time to get work done and Livescribe’s Echo Smartpen combines both into a nifty little gadget that allows you to do a host of things to share with your peers and colleagues.

The Echo Smartpen allows you to jot down notes on special Dot Paper and the contents of what you write are picked up by a tiny camera embedded in the tip. There is also a microphone on board that picks up 360 degrees of sound and links it to what you’re writing. When finished, you can sync the pen up with your computer and with a little wizardry, it will transfer what you wrote into a  format called a Pen Cast that can be shared with others through Livescribe’s website.

If none of this makes sense, head here to see a little demonstration. Samsung recently released their first major tablet device, the Android 2.2 powered Samsung Galaxy Tab, and while early reviews are mixed, there is no denying that the Galaxy Tab belongs on this list and here’s why.

The Galaxy Tab allows you to browse the entire web with full-on Flash and it also has access to the Android Market meaning your favorite social apps are just a few swipes away.

It also features a front-facing camera for video calling, something that the current iPad model does not have and the perfect way to keep tabs on how old you and your friend are getting.

The Galaxy Tab is now available on Verizon, Sprint and T-Mobile and will also be on AT&T sometime this month, so don’t be surprised to see more and more of these pop up in your neighborhood when the holidays begin. Apple’s iPad made its debut way back in March and sales haven’t slowed down. Last quarter, Apple sold 4.19 million iPads and you’d have to be a fool to think they won’t shatter that number this quarter. The iPad, like the Tab, doesn’t work like a phone so why are people buying this thing?

For the App Store, for the web, for video, for sharing stuff, for collaborating, all staples of social. And who doesn’t like browsing Facebook on a gorgeous 9.7 inch screen? And guess what? It should only get better.

Apple is said to be rolling out a camera equipped second-generation iPad sometime in Q1 of next year. Social used to be the Xbox 360’s domain but Sony quickly caught on and it’s PlayStation 3 now features Facebook and Twitter integration as well as disc-free Netflix.

Yes, the Xbox 360 features support for Last.fm but let’s face it, Last.fm really isn’t a trump card and there was even word awhile back that it could be heading to the PS3 sometime before the end of the year. Probably the biggest difference here is that Sony offers this stuff for free while Microsoft charges a subscription to be on Xbox Live.

If we ignore cost though, what it comes down to is personal preference in terms of how the consoles present all of the social stuff and that’s why both of them are on this list. Most of you out there, even those of you who consider yourselves social addicts, probably have never heard of the Eye-Fi. Eye-Fi memory cards are SD and SDHC storage devices that allow you to transfer your photos effortlessly to your computer over a Wi-Fi connection.

No cords, no hassle and perfect for those who like to upload tons of pictures to places like Flickr or Picassa or even Facebook. Those three sites, amongst a host of others, also that allow automatic uploads as well.

In addition, you can send your pictures into Eye-Fi’s cloud if you’re not near a computer. Sounds pretty good right? That’s why it’s so hard to believe that Eye-Fi has yet to become a household name.

The Flip Slide HD camcorder has been out since April of this year but it’s still a social juggernaut for those looking to shoot video and share it in HD on the fly.

What distinguishes the Flip Slide HD from the other Flip models is that it’s able to record up to 4 hours of HD video and store up to 12 all on a gorgeous 3 inch widescreen display. Highly recommended for young parents who enjoy showing off their kids.

You know who you are. Like the Xbox 360 and the PlayStation 3, we’re going to group together the Sony and Logitech options for the new Google TV. Their differences are mostly hardware related so again, it’s a matter of personal preference.

For those not in the know, Google TV is a form of television that runs from a set-top box and runs using a form of Google’s Android OS. Social? TV? That’s right. It includes dedicated applications for some of the most popular social mediums on the market today. YouTube, Flickr, Napster, and Pandora just to name a few. And guess what? Sprint’s HTC EVO 4G changed the game when it came out all the way back in June. For one, it was the first 4G enabled phone to hit the market and two, it had a front facing camera on board allowing for mobile video chatting. It also has a gigantic screen, perfect for living vicariously through your friends on social networking sites. Also good for watching your own content.

It’s still an amazing device and even better now that it’s running Android 2.2. It also helps that Facebook decided to heavily upgrade its Android application and now that Android has established itself, social apps on the Market will just keep getting better and more plentiful. You knew this was coming. Apple’s iPhone 4 is arguably the best social media gadget out on the market right now. It has a fantastic camera and it has a huge selection of awesome social inspired software on the ever-growing App Store. Android is catching up but for now, the social applications for the iPhone reign supreme in quality and quantity.

See anything missing? Love getting social with some of the gadgets on this list? We’d love to hear from you.