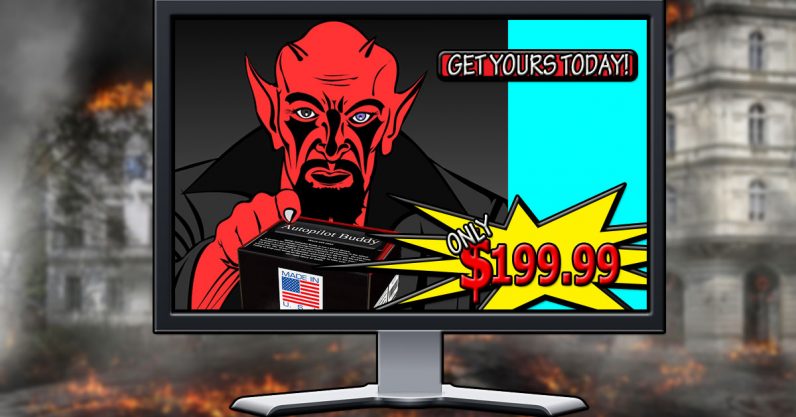 The US National Highway Traffic Safety Administration (NHSTA) recently cracked down on the makers of a device called the Autopilot Buddy, a gadget that allows people to trick Tesla cars into thinking the driver has their hands on the steering wheel.

Autopilot Buddy is a fantastic example of a heartless piece of technology that tries to capitalize on consumers’ ignorance. Not everyone is tech-savvy, and being able to afford a Tesla doesn’t imply a general understanding of what artificial intelligence can and can’t do. And that’s why Dolder, Falco and Reese Partners LLC, the monsters behind the device, were able to successfully develop and market a product designed to place Tesla owners in harm’s way.

As of today, the device will no longer be sold, and that’s a good thing. The NHTSA issued a cease-and-desist letter to its creator. But, realistically, Autopilot Buddy is just a symptom of the real problem: Autopilot. More specifically the actual problem is that Tesla’s driver assistance system is named Autopilot.

When Elon Musk names a product he cuts through any fluff, hyperbole, or bullshit and calls it like he sees it. Tesla, after all, makes electric cars. The Boring Company bores and Neuralink was established so that it can work on building a neurological link between humans and machines.

The man doesn’t operate with a lot of ambiguity. When he made a flamethrower he called it The Flamethrower, and when he found out it was illegal to ship a product that was literally called a flamethrower, he changed the device’s name to “Not a Flamethrower.” Basically, Musk doesn’t give a damn whether the letter of the law or the intent is what’s important: Elon gonna Elon.

So, when he names a driver assistance feature “Autopilot” and makes grandiose statements about how advanced it is, a reasonable person could assume the car can drive itself.

Despite the fact that in at least two fatal accidents involving Teslas it was revealed the drivers did not have their hands on the steering wheel at the time of impact, Musk has so far refused requests to rename the feature. And that’s ironic because “Not Autopilot” would be the perfect name for it.

And, thanks to Autopilot, what can only be described as a company of predatory ghouls was able to sell a product it certainly knew was dangerous. In fact, look at the company’s legal disclaimer for Autopilot Buddy:

You as the driver are responsible to keep your car under control. “Autopilot Buddy®” primary function is to disable the autopilot check-in restrictions. “Autopilot Buddy” is developed for closed circuit or track use only. Disabling key safety feature of any car is dangerous and ill-advised. Keep your eyes on the road and hands on the wheel at all times while using the Autopilot Buddy.

What’s the point of buying something that tricks your car into thinking your hands are on the steering wheel, if it can only be used safely by keeping your hands on the wheel?

It’s clear that Autopilot Buddy is the absolute worst, most predatory, and disgusting gadget we’ve seen in 2018. But at least it’s named correctly. Musk’s “Autopilot” still takes the prize when it comes to the most dangerous and stupidly named product or feature. Which is a shame, because I think we can all agree that driver assistance technology is important and Tesla does it very well.