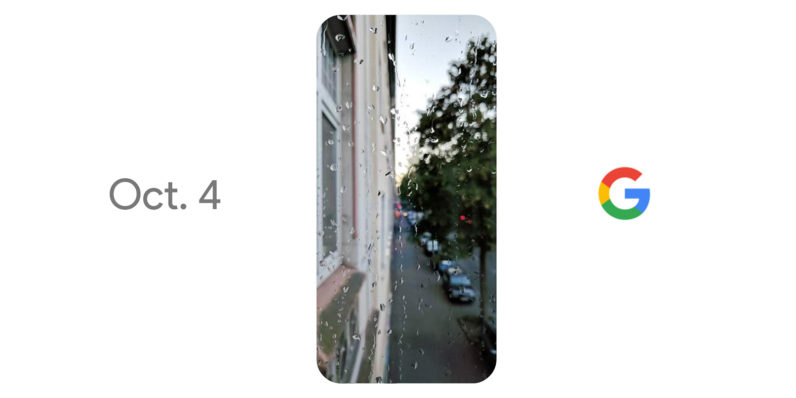 Google is holding an event October 4 where it will almost certainly announce new phones, just like every other fall. But something is different this time around: Google is actually hyping them up like proper flagships.

(Oh, and they’ll probably bear the Pixel brand, not Nexus.)

Nexus phones are always some of the most powerful around, but they have never been huge sellers. The phones often weren’t available from US carriers, and as such have never been as popular as models from the likes of Samsung.

For a company with the clout of Google, you’d expect better.

But this year, the company is kicking off its marketing campaign with a telling tagline: Made by Google. There’s a respective hashtag, and the event’s URL is madeby.google.com. As the Verge points out, Google is placing ads in all sorts of places, in a way it’s never done for Nexus phones before.

Quite the Google ad blitz on this one. Hope it's worth the hype. pic.twitter.com/zyf6MXDDit

That’s also probably why the phones are rumored to wear the Pixel brand instead of the Nexus one. The company is going to great lengths to make it clear that this isn’t an LG phone or Huawei phone with some tips from Mountain View. This is a Google design through and through.

Of course, all rumors indicate that Google isn’t actually _building_ the device; that honor goes to HTC. But, as promised by head honcho Sundar Pichai, Google is holding the reins tighter than ever.

That extends to the software too. Nexus phones were all about a vanilla, ‘pure’ Android experience that essentially served as a template for other devices. But in order to take on other devices for functionality, rumors are Google is skinning stock Android and adding features not available on to other phones.

The phones themselves don’t actually look that interesting so far. The bezels are large, the design divisive, the rumored specs predictable. Moreover, we’ve yet to hear of a real killer feature.

But even if the Pixel phones end up being boring spec pushers, I have a hunch these will be Google’s best selling phones yet. The company finally seems to care that people know it makes smartphones too. Let’s just hope those ends up being something worth our money.