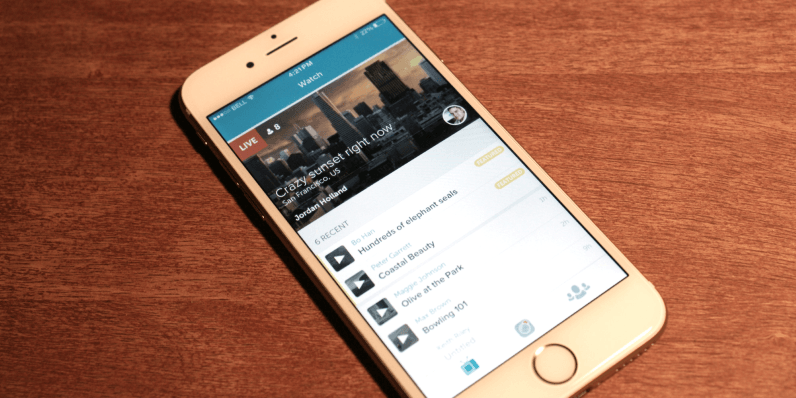 Live-streaming has brought a lot of mindless entertainment to the world (and perhaps even some useful information), but there’s a potential, and emerging, darker side to services that allow viewers to watch anything you do as it happens, and authorities are still working out how to deal with the consequences of that.

The most recent case, reported by The New York Times, confirms that French officials are looking into the death of a young woman who jumped in front of a commuter train live on Periscope yesterday at Égly station outside of Paris.

“This person allegedly sent an SMS to one of her close relations, several minutes before her death, to announce her intentions,” prosecutor Eric Lallement said in a statement to the New York Times. “Furthermore, she allegedly made statements to internet users, via the Periscope application, to explain her act.”

According to reports, the 1,000+ viewers weren’t generally taking her statements as serious, and in some cases encouraged action. The broadcast on Periscope has been taken down, but censored copies have appeared on the Web. Investigators are now examining the phone to see exactly had been broadcast.

The news follows the recent alleged rape of a 17-year-old girl in the US live on Periscope, filmed by a friend who was also present.

Both the accused and the girl filming the alleged event have been indicted in that case.

Add in other examples of violent behavior being live-streamed, and you get the picture of a whole new challenge for authorities, which are never traditionally quick to update regulations in tandem with technology.

For Twitter’s part in this, as owner of Periscope, it says, “we do not comment on individual accounts for privacy and security reasons” and the community guidelines make it clear that “Periscope is intended to be open and safe. To maintain a healthy platform, explicit graphic content is not allowed. Explicit graphic content includes, but is not limited to, depictions of child abuse, animal abuse, or bodily harm. Periscope is not for content that is intended to incite violence, or includes a direct and specific threat of violence to others.”

Let’s just hope that these are seemingly isolated cases, and that the official response isn’t overly harsh regulations on a technology still trying to find its true raison d’être.