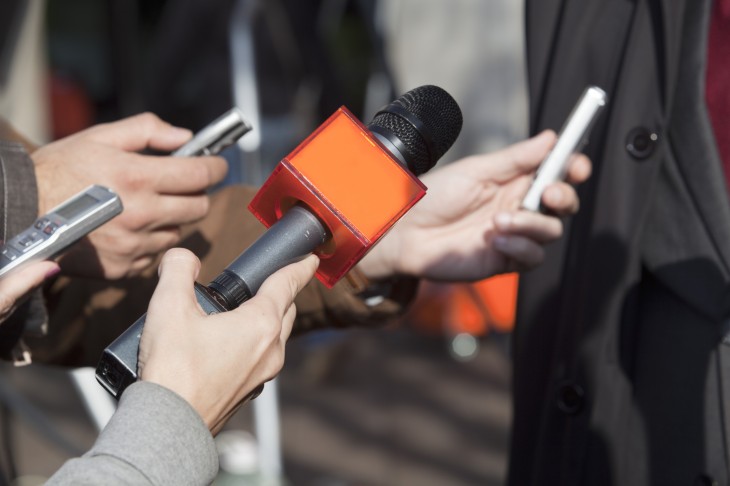 At a House Intelligence Committee hearing today, CIA Director John Brennan — the guy who recently had his AOL account hacked — used his time at the World Wide Threats hearing to blame media for terrorists being so good at evading law enforcement.

The hearing started with testimony — or a complete lack of testimony — from FBI Director James Comey who sounded like a wind-up doll with a single recorded message: “I’m not an expert.”

After Comey’s testimony was over, we heard from CIA Director John Brennan and NSA Deputy Director Rick Ledgett about terrorists “going dark” — essentially falling off the map by using encrypted communications.

The shocking part came next when Brennan used this opportunity as a time to push a few seemingly personal soundbites that more or less blamed media for the failures of law enforcement in the age of encrypted communications.

The ability of these terrorists to communicate with one another that makes it very difficult to uncover has been increasing. It’s very frustrating but very concerning. They follow the press, they follow these discussions.

We track when our foreign intelligence targets talk about the security of their communication. And we see a growing number of them, because of what’s in the press about the value of encryption, moving towards that.

Frustration in tracking criminals from law enforcement and intelligence agencies is understandable. These are, after all, the same agencies that once relied on un-checked data collection and digital snooping methods to gather evidence. These efforts are obviously less fruitful than they were say, five years ago.

But placing the blame on media for informing the public about these practices and about the new tools being used to circumvent them — both by terrorists and privacy advocates — is both unfair and dangerous. It’s the media’s job to report news, not to censor messages that benefit one group for fear that another uses it inappropriately.