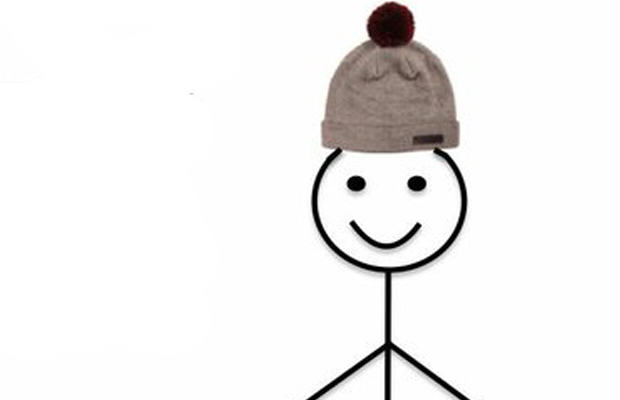 On the off chance you’ve not been on the Internet over the past week, there’s a stick figure meme going around with your friends’ names citing short statements and prompting people to be like them.

The “Be Like Bill” meme prompted a variety of internet responses – quickly, people were posting it all over their Facebook walls and haters were creating their own versions to trash the trend.

Then, the Better Business Bureau got involved. National news media everywhere reported that the BBB warns the meme could pose privacy concerns, and users may be inadvertently allowing a third party unlimited access to their information. Freak out ensued.

The BBB later clarified that it hasn’t ruled on whether Be Like Bill poses an actual risk, but that it doesn’t “issue warnings about a specific company without investigating first.”

First, let’s look at Blobla – the meme generator’s parent website. If the spammy look of it doesn’t turn you away, then let’s look at the actual generator itself. The tool never requests access to your Facebook information, it is simply creating random, blanket statements about you that almost anyone can identify with.

Then, it’s up to the users to share the meme on their on Facebook wall. I’d hardly call this an app.

Getting paranoid about privacy over a silly meme generator proves how little we understand the concept of security. It’s ridiculous that clicking on a photo or putting your name and gender on a random website is somehow more worthy of terror than continuing to use ‘123456’ as your password.

Here’s a tip: Use complex passwords, change them often, and don’t sign up for random stuff that asks you to verify personal information. Trust your gut – if a service or article looks outlandishly too good to be true, avoid it. Then you don’t have to sit around worrying about whether a stick figure is going to lead to thousands of dollars from your bank account being swindled.

Read next: This smart bag can charge phones, weigh itself... and nearly got me kicked off a flight