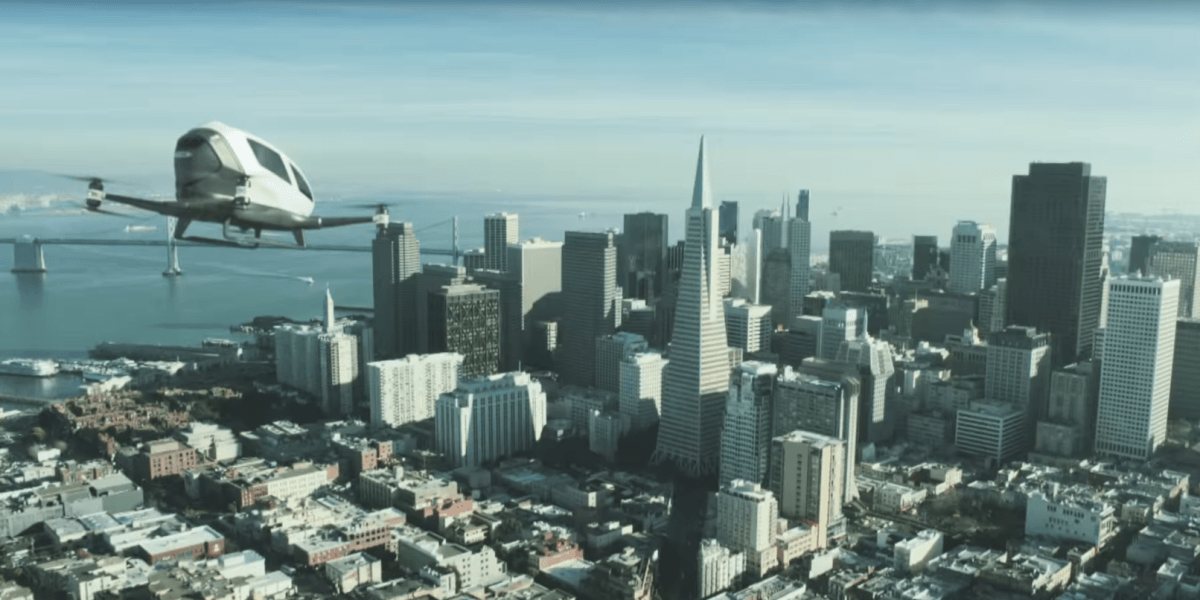 CES is full of weird and wonderful stuff, but undoubtedly one of the most futuristics things on display this year is the autonomous flying drone/car combo from Chinese drone maker Ehang.

Yep, that’s right, just like in The Jetsons – it’s a car that flies around, navigating itself automatically to get its passengers to their destination. Actually, The Jetsons’ vehicle wasn’t even autonomous.

The one massive problem, of course, is that this is a tantalizing glimpse of the future that’s almost impossible to gauge how much is real, and how much is render.

Assuming just for a minute that all the flight time in this video was real, just think for a second about how long it will take to establish regulations and technology that could potentially allow cars to FLY around through the air without a driver/pilot as an everyday occurrence.

We haven’t even got consistent rules about how driverless cars should be allowed to operate on the roads, let alone in the air.

Nor do we have a framework in place that allows autonomous drones to do commercial work, like Amazon’s delivery drones.

According to Wired, the company says that it hopes to commercialize the technology in the next three to four months, with hopes of seeing uptake from hospitals, coast-to-island transit and taxi services. Initially, the company says, it will launch in China, followed by the US, New Zealand and some European countries.

To me, getting in a flying car where you just need to select a destination from Google Maps and then it whisks you away, still sounds like a pipe dream that’s a long way from making it to reality.

Read next: This tool finds you a buddy to motivate you towards a better life