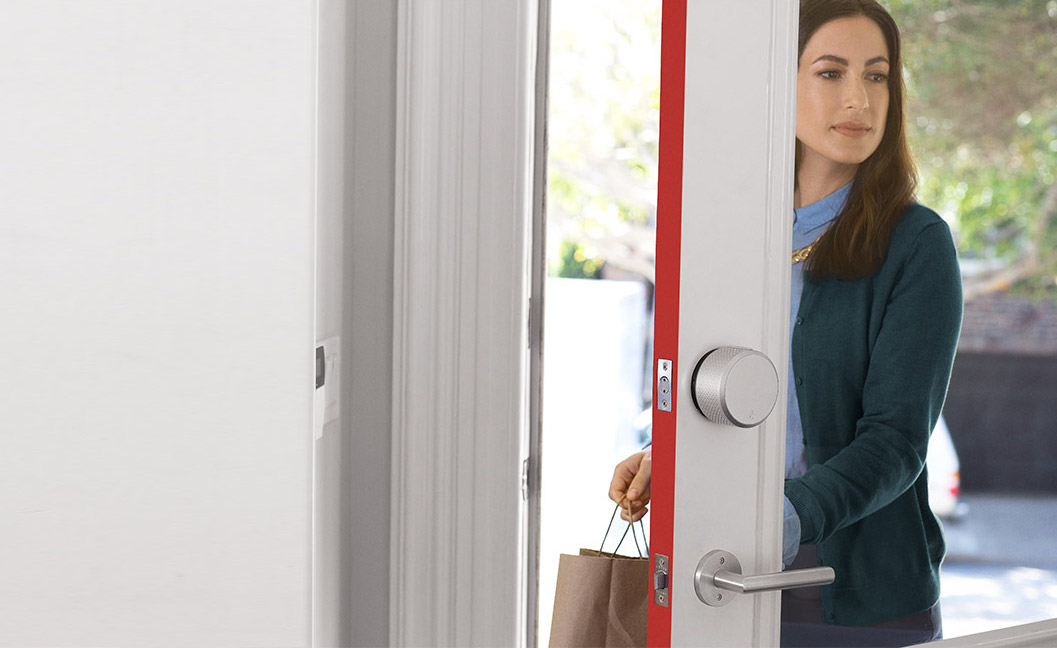 August, the creator of smart locks that are able to be unlocked with your smartphone, announced a bunch of new internet-connected devices yesterday that come with an interesting new feature.

That’s the ability to let strangers from “partner” companies into your home to do things for you, like make your bed or drop off your Postmates groceries.

Techcrunch loudly proclaimed it the “API for your door” where we can imagine a world like this:

Imagine while at your office being able to have Postmates bring you something your forgot at home. Or having flowers waiting on the table for your significant other when you’re away. Got stuck at the office and suddenly need WagWalking to take your dog out? You don’t need to have prearranged a key exchange.

To me, the non-Silicon Valley observer, this sounds okay, until I think about how terrible it is. It inherently assumes everyone you’ll be dealing with can be trusted, but the key exchange process (archaic as it may be), means that I at least see the person’s face.

Instead of my delivery driver throwing the package at my door, they can throw it down the hallway and help themselves to my fridge while they’re at it. While the Postmates delivery person is bringing over my groceries, he can nosy around my drawers.

I agree there are legitimate reasons for a device like this, because it means you don’t need to give out copies of your master key. But the sentiment that it’s part of this broad future where strangers are constantly wandering into my house to do my chores for me isn’t one I want to be a part of.

Yes, these business partners have controls and review systems in place to ensure workers are providing a service of high standard, but that doesn’t exactly make me feel more comfortable.

August’s hardware is amazing, and it’s easy to imagine that it’ll eventually become a little more popular as the price drops, but the appeal of letting these types businesses into your home for a global, widely-adopted audience seems slim.

The dystopian future in Silicon Valley might involve a $199 internet-connected lock that can let anyone into your home, but I believe that’s a future that the rest of the world doesn’t really have a need for.

An API For Your Door on Techcrunch

Read next: LG G4 owners will start getting Android Marshmallow from next week