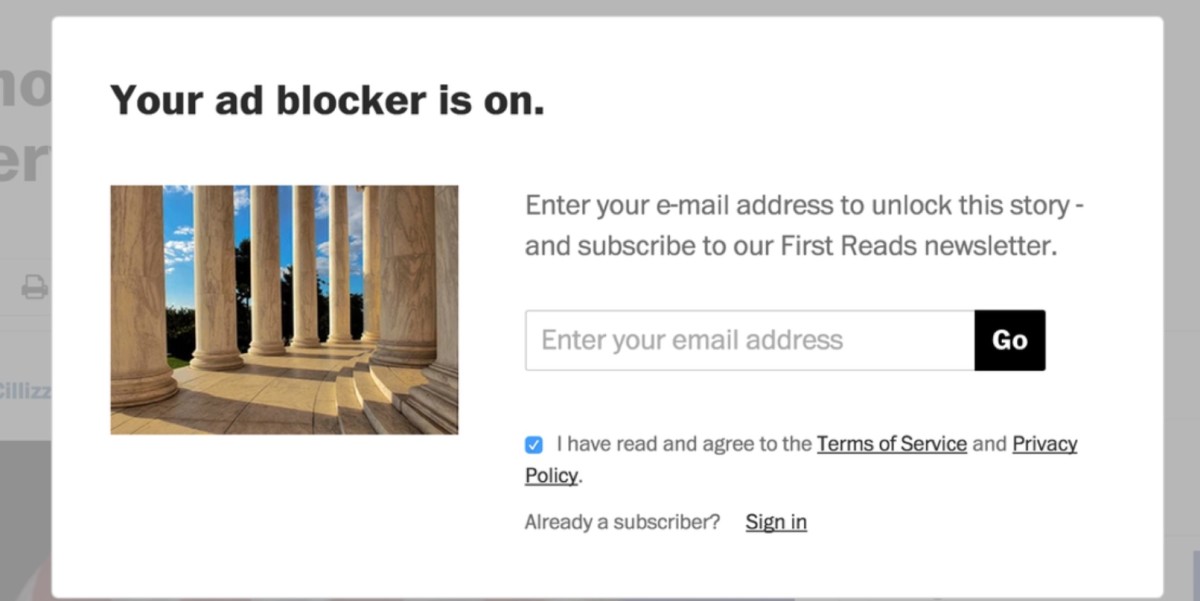 Some people think we have an obsession with adblocking tools here at TNW, as we’ve talked about them a lot over the past few months, starting with when I said they were immoral.

While I’m still not a fan of taking revenue away from publishers, I think it’s almost inevitable that content blockers will go mainstream and websites that rely on ads will have to accept that that’s the way the tide is turning – users don’t want slow sites and a risk of malware. I see a time where publishers have to move to other sources of revenue (more native ads, premium subscriptions, paywalls, events and the like) , and that time isn’t far away.

Which is why I predict that the Washington Post will eventually reverse its decision to block people using adblocking software from reading its articles. It’s not the only site to take this approach, but it’s a high-profile example. BuzzFeed reported on the block yesterday, but what we hear from one user is that this policy has been in place for months for at least some.

Wherever you stand on the technology, this ‘reverse paywall’ approach is simply bad UX that takes power away from readers – not the best thing to do in a competitive market for news and influence.

The Washington Post has begun blocking the ad blockers on BuzzFeed

Read next: Apple didn't "blow it" with the stylus, it did what was right