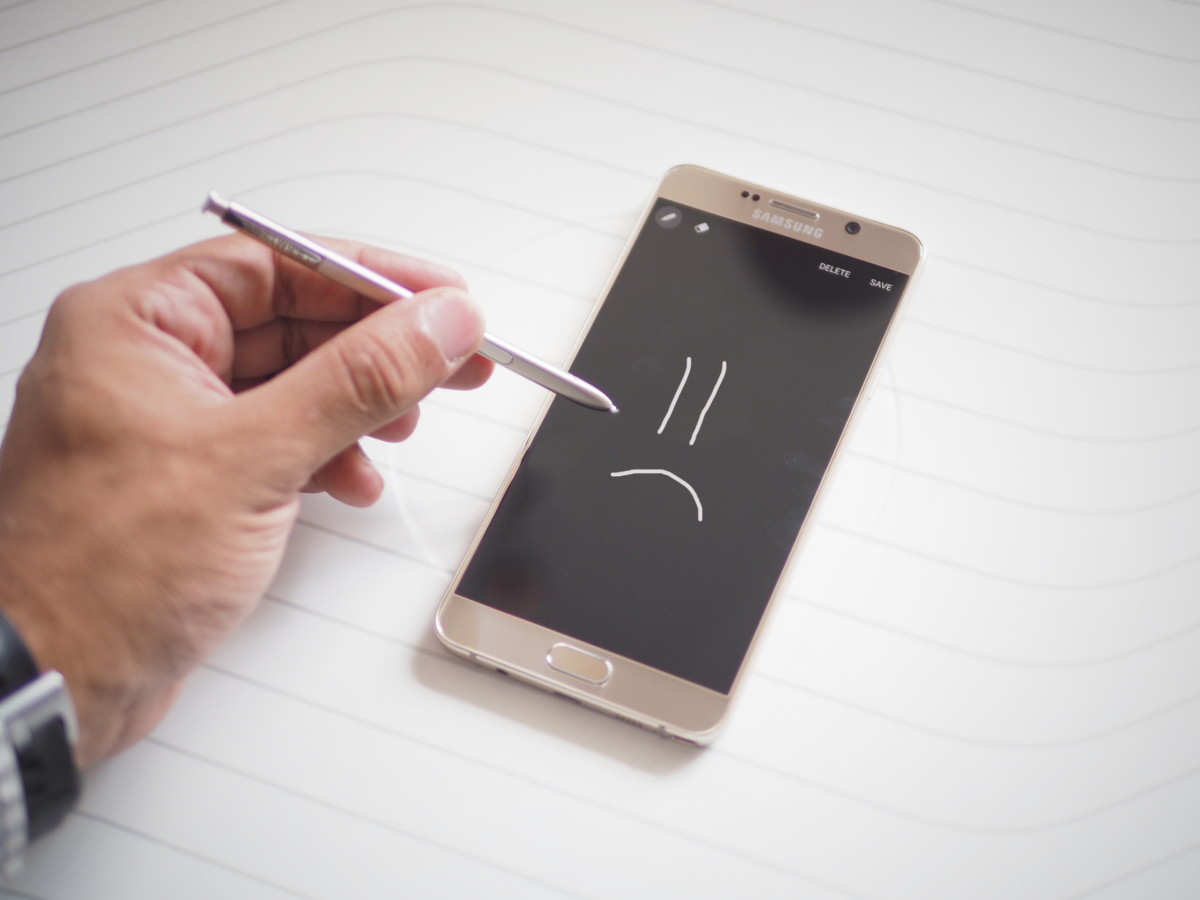 If you haven’t heard by now, the Galaxy Note 5 has one pretty significant design flaw: if you slide in the S Pen backwards, you’ll break the phone’s ability to detect when the stylus is inserted.

That’s a bummer, because one of the phone’s best features is letting you take notes on the screen without having to unlock the device. If the phone can’t detect when the pen’s been removed, the feature doesn’t work. It also means you have to manually activate the S-Pen’s actions when the device is already unlocked.

“We highly recommend our Galaxy Note 5 users follow the instructions in the user guide to ensure they do not experience such an unexpected scenario caused by reinserting the S pen in the other way around.”

In other words: it’s not Samsung’s fault.

Look, it’s obvious that you shouldn’t slide in the pen backwards if you take approximately 1.37 seconds to think about it, but that doesn’t mean it’s not going to happen anyway. As Android Police points out in its explainer video, there’s no resistance whatsover to entering the pen in backwards, which leads to a myriad of scenarios where someone could accidentally insert it incorrectly.

Maybe it’s a parent who lent the phone to a child. Maybe you’re in a rush. Maybe it’s dark and you can’t really see. Heck, maybe you’re just absentmindedly curious and wanted to see what would happen. You probably know it’s not the right way to insert the pen, but you also probably don’t think any damage will happen because of it.

For argument’s sake, let’s see what the manual actually says:

Sure, if every person who will ever so much as touch a Note 5 has read the instructions thoroughly, then they might take some extra care to actively avoid inserting the S Pen the wrong way.

But all this really tells me is that Samsung already knew the Note 5 had a significant design flaw, yet decided to ignore it. For comparison, though you can also insert the Note 4’s Pen backwards, the warning doesn’t appear in that device’s manual, so the issue may be related to the Note 5’s new clicking mechanism.

My colleague Natt braved it out on her own Note 4 and came back safe:

One the Note 4, the Pen only goes in a certain amount and doesn’t get stuck, unlike on the Note 5.

For an expensive device you’re theoretically supposed to use every day for the next two years, that’s too simple an issue to let out of the design lab. Just make it so the pen only goes in one way; it would take the slightest amount of tapering.

Hardware flaws happen to every manufacturer. Perhaps most famously, the iPhone 4 suffered from reception issues when held a certain way. Steve Jobs’ response to that problem was “Just avoid holding it that way.” until it was eventually addressed in later models.

The Note 5 looks to be great phone, but if Samsung’s proud of the device it’s made, it should take steps to ensure every user has the best possible experience with it. For users with broken S Pen slots, that could be offering repairs for damaged devices, announcing a design tweak or even just acknowledging that it’s a problem.

But it shouldn’t blame its users for an issue so easy to replicate and so easy for it to fix – especially when it knew about it in the first place.

Read next: Carrot Weather developer Brian Mueller brought his iOS app to the Mac (and you should, too)