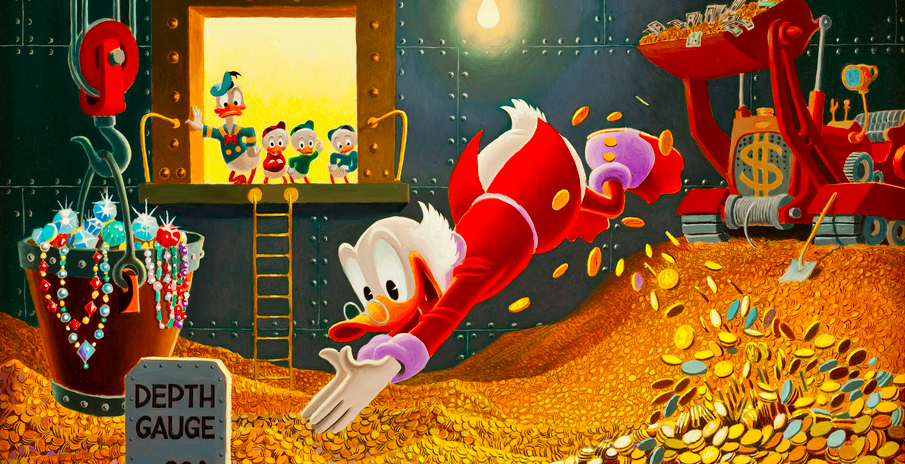 “EXCITING STARTUP CORP has raised $50 million from RAPACIOUS VC BASTARDS. Do you want to interview the CEO to find out how excited he is to be able to dive into a vault of money, Scrooge McDuck-style?”

One of my favorite policies at The Next Web is that we don’t write about funding news. The figures support that decision. Most readers care as little as I do about the movements of money bags.

Of course, it’s important to understand how VC and Angel investments effect the tech industry. The choices these mostly white, male gamblers make have an effect on what entrepreneurs choose to build. But these stories aren’t interesting in and of themselves.

A lot of our rivals go all out in covering investment news. They hype it. They analyse it like American sports commentators going stats crazy before a football* game. They revel in it. All power to them.

But ultimately, writing about how much money a company has raised without actually questioning whether it’s doing something useful or even groping towards the concept of being useful, is fan service.

Big numbers are exciting to us because we like to imagine ourselves having that many resources to play with. Fetishising investment in the tech world while you pull in an average salary – underpaid crew, represent! – is akin to voting Republican because you imagine you might be that rich one day.

Really, this is a public service announcement to founders and their public relations people. I will *never* write about how much money you’ve raised. At least, not that alone.

If you’ve got an interesting back story, an enjoyable creation myth, a killer product, something compelling to show – email me: [email protected]. But if someone has just dropped a lot of dough in your lap, congrats, but don’t expect me to clap. I can just about crack out a yawn.

*Note for the confused: What you call ‘soccer’ is FOOTBALL. No arguments brooked.

Read next: Why you can’t be a quiet creative (if you want to make a living)