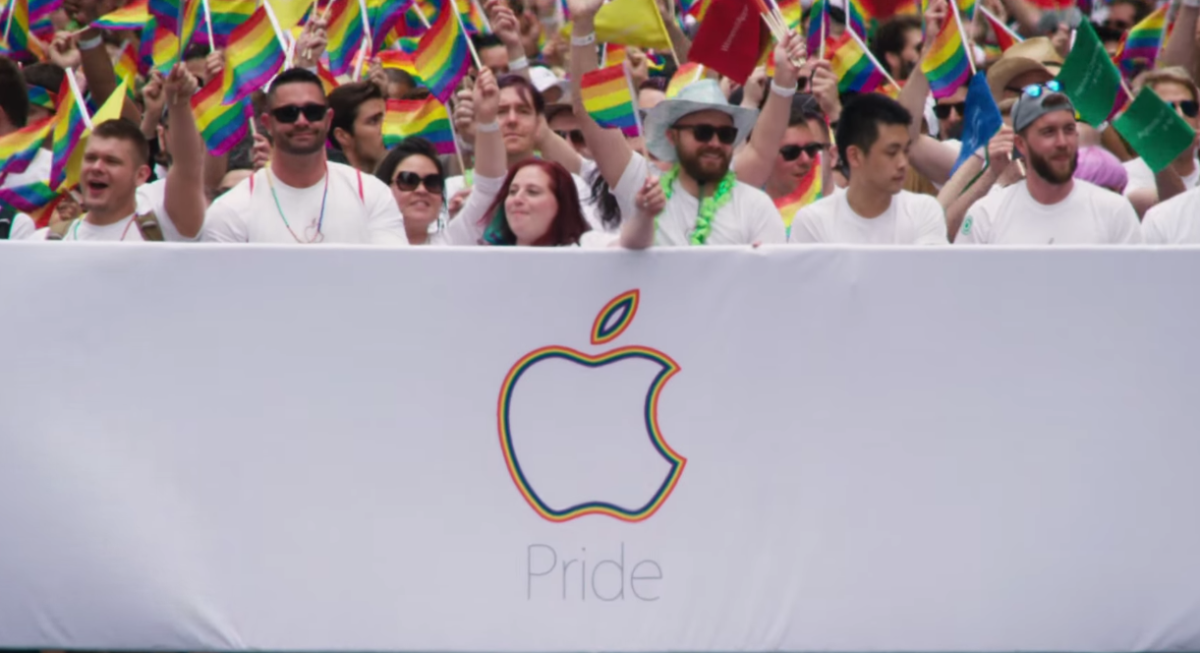 Members of Congress in the US have introduced legislation that aims to outlaw discrimination against LGBT people under federal law.

Fuelled by the recent movement around the rights of LGBT workers, The Equality Act of 2015 aims to protect all Americans from any kind of discrimination surrounding their gender identity or sexual orientation when it comes to work, housing, public accommodation and education.

The act will alter the Civil Rights Act of 1964 by extending the laws against discrimination on the basis of a person’s color, race, religion and national origin to the LGBT community  as well.

As well as its 150+ supporters in Congress, the bill is receiving some of its most vocal support from the world’s most valuable brand – Apple.

The tech sector has long been a place that gets pegged with discrimination, however, in recent times, it has been establishing itself as a leader in the fight for LGBT equality.

In a statement to the Human Rights Campaign following the act’s introduction in Congress, Apple said:

At Apple we believe in equal treatment for everyone, regardless of where they come from, what they look like, how they worship or who they love. We fully support the expansion of legal protections as a matter of basic human dignity.

It’s not a surprise that such a progressive company would be lending its support to the legislation, given that it was one of the first American companies to offer equal benefits for same-sex couples and how frequently Tim Cook has spoken on LGBT issues and equality.

The company was also very vocal in its backing of the opposition to a 2008 ballot proposing a ban on gay marriage in California. And it plays a key part of the San Francisco annual Pride Parade and in June this year, thousands of staff marched for the parade’s 45th anniversary.

The Equality Act is broad in the protections it offers, which is what should make it so appealing for tech companies. For the first time in a lot of cases, it will offer full protection against all forms of discrimination in the workplace and beyond.

Apple isn’t the only company backing equality, some of the most notable tech companies in the world have taken a stand.

In April, Salesforce threatened to pull its business out of Indiana after the state passed the Religious Freedom Restoration Act, which gave businesses the right to discriminate against gay customers.

Today we are canceling all programs that require our customers/employees to travel to Indiana to face discrimination. http://t.co/SvTwyCHxvE

At the same time, over 100 tech leaders, including Dick Costolo, Jack Dorsey, Susan Wojcicki, Mark Zuckerberg and Sheryl Sandberg, released a statement that called for the protection of LGBT people in America. It requested:

To ensure no one faces discrimination and ensure everyone preserves their right to live out their faith, we call on all legislatures to add sexual orientation and gender identity as protected classes to their civil rights laws and to explicitly forbid discrimination or denial of services to anyone.

While individuals, groups and companies of all sizes get behind the movement, having large brands and corporations giving them a platform is invaluable in some respects. Even without that support, public influence has real strength now as demonstrated by the recent decision by the Supreme Court to legalize same-sex marriage.

Apple’s visible championing of equality that will surely continue to attract the support of industry counterparts and it’s necessary, because the bill is going to be up against tough opposition from conservatives.

The act won’t just stop abuses in work, it will target discrimination in public places including colleges and schools, so people won’t need to be afraid to be themselves and explore different ideas.

Who knows the kind of brilliant minds that could be unearthed or freed through the security of knowing that discrimination isn’t on the table as a potential response anymore?

Read next: Street Fighter V PS4 beta has launched and look at how happy players aren't