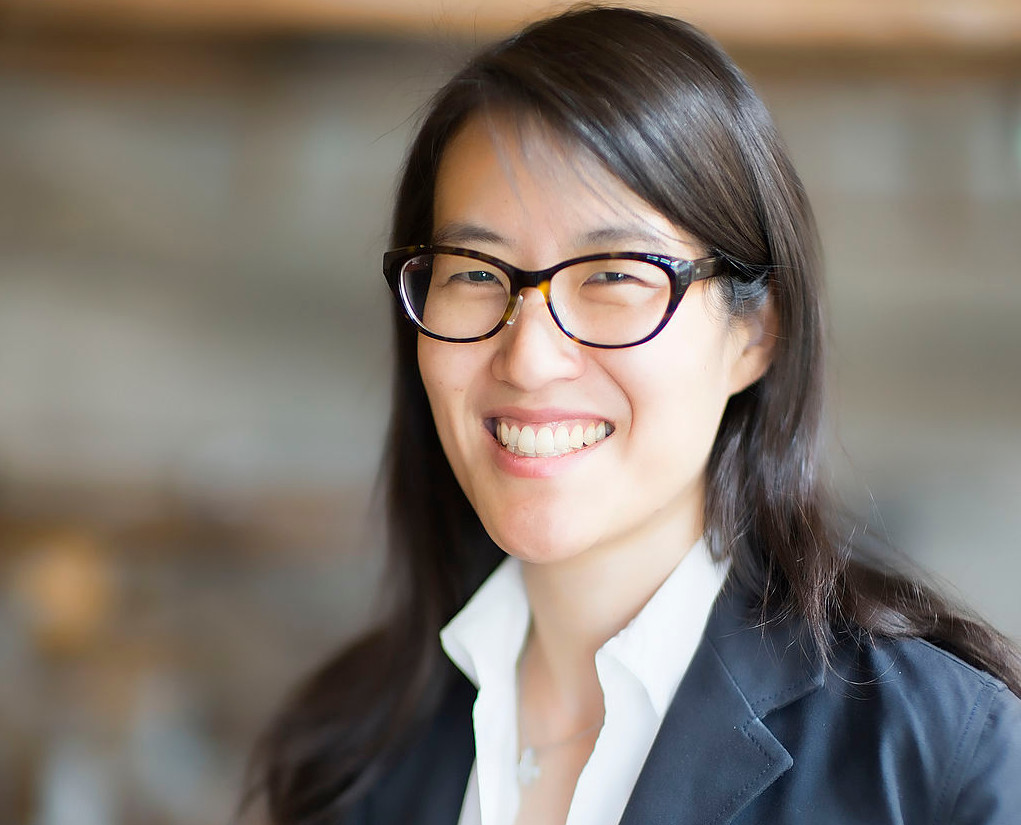 The story of Ellen Pao’s sudden resignation from Reddit after a heightened period of unrest on the site leaves me fraught with conflicting feelings. Despite the insistence from both Pao and board member Sam Altman that the separation was mutual, it is hard to believe that it wasn’t in any way influenced by the disgruntled Reddit hivemind in action.

Let me articulate: I am a Reddit user, but one that uses with one eye open. There are the subreddits that I love, but also subreddits that say hurtful and abusive things about women. It’s easy to point to the usual suspects: MRAs, Gamergate, etc. But sexist bullshit like this gem often get upvoted to the Front page, where all users can see them:

Click on it, and it’s exactly what you think it is: women don’t make great leaders. Women gossip. Women argue. Lord help you if their periods cycle! You can never get anything done with a woman leader.

This was on the front page the same day that Ellen Pao was let go as CEO, and it’s hard not to bristle at the implications that Reddit didn’t want her there because she was a woman.

Rationally, it’s clear that Pao made mistakes in her time as interim Reddit CEO — including an insensitivity to the way corporate decisions deeply affect the Reddit community — but it’s hard not to look at the misogyny that followed her in increasing waves over her time at the company. Reddit users adopted all kinds of feminist-powered conspiracy theories around how Pao did her work, and used them to further fuel their hatred for her.

For example, here’s a cached post for the now-private subreddit r/PaoYongYang:

That last part about the shadowbanning is key. Many Reddit users believed that Pao had secretly ordered expulsion of content that cast her in a negative light, particularly after the ban of r/PaoiskillingReddit. Obviously, it’s hard to confirm shadow-banning when things like the aforementioned r/PaoYongYang continue to exist.

But that’s not all: They downvoted her to hell. They also accused her of giving herself Reddit gold to push up comments (something Pao explicitly named in her resignation post), which is practically an unforgivable offense on the site.

All this mounting evidence reads to me like Reddit users neither chose to account for its CEO nor to accept her, specifically because she is that “thing that Redditors hate.” She’s a woman. She sued a company for sexual harassment. She “evened the playing field.”

Ellen Pao did not fit within Reddit’s ethos, and she was roundly persecuted for it.

To put it plainly, Ellen Pao suffered from a culture fit problem. She had trouble navigating the “bad” parts of Reddit and couldn’t reconcile the actions she took to curb those parts with the Reddit ideal of free speech.

And, in posting on Reddit in the wake of this revolt (instead of in a formal blog like the way the company announced Former CEO Yishan Wong’s departure) and installing the much-loved co-founder Sam Huffman in, I believe Reddit’s corporate and executives have implicitly agreed with that “culture fit” narrative — and to some extent the treatment she received on the site.

As a technology reporter, I rarely get the opportunity to observe the actions of a female CEO or power player. That’s because there are few: Female CEOs account for just 4 percent of S.&P. 1500 companies — fewer than men named John or David — and 5.6 percent of senior partners at venture capital firms are women. Seeing a woman like me in a position of power at a major tech company still falls under the “luxury” category, and it’s hard not to take it personally when one gets pilloried for her existence as a woman.

I’m not here to apologize for everything that Ellen Pao has done in her career. But it’s hard to see Pao’s continued role within the Reddit environment as an other or an interloper, especially in stark contrast to the beloved treatment of executives like Wong or Alexis Ohanian.

The clear message I’ve taken away from today is that there remains intense pressure for women, even in leadership positions, to conform rather than to be progressive. I hope Pao can prove haters wrong wherever she ends up next.

Read Next: The Apple Watch is not a horse