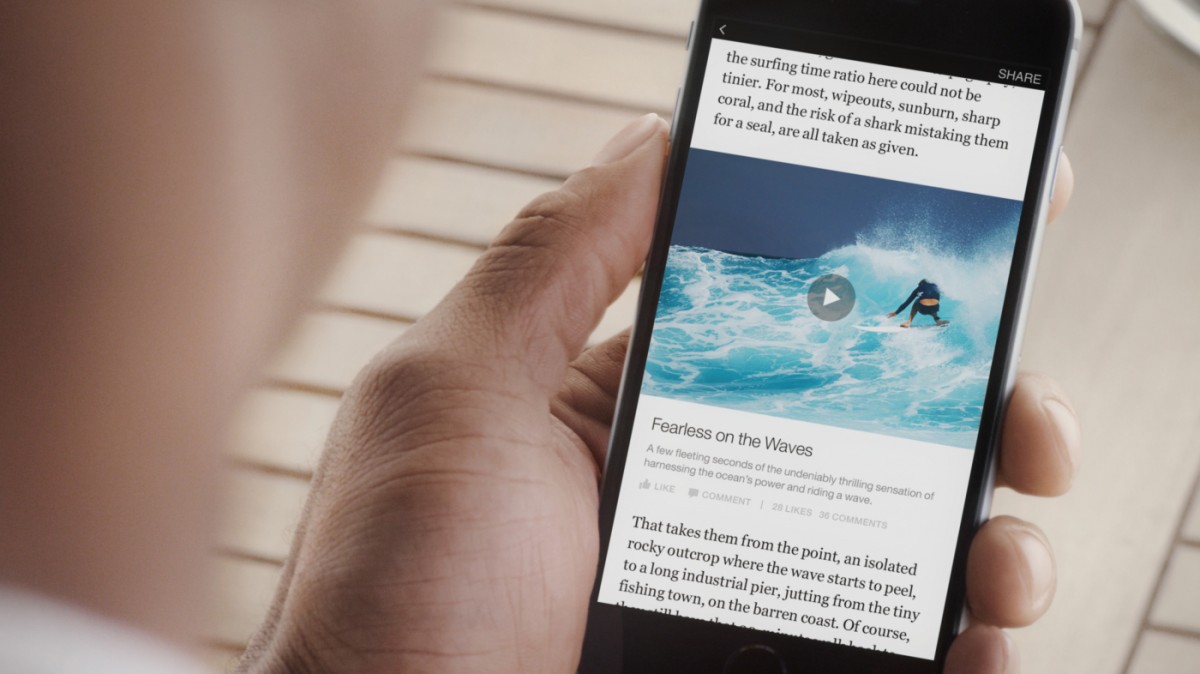 Many inside and outside the media weighed in online today, and there are varying reactions to the news, extending from fear to excitement.

Fear of the juggernaut

Right now, many are sceptical that the deal appears one-sided, in favor of Facebook, who holds all the power in the relationship.

The launch of Instant Articles could be seen as a nail in the coffin for the idea of an open, browser-based mobile web.

I think capitulating to Facebook with Instant Articles is the media equivalent of becoming Vichy France.

But perhaps I'm a little hardline.

@moneyries Facebook controls who and what gets seen. That can’t be good.

Recode wrote today that “it’s hard to imagine any publisher passing on the chance” but “all they have to do is hope Facebook continues to use its enormous power to help, not hurt them. And that it doesn’t change the rules someday.”

Meanwhile, The Verge says the move “feels inevitable” and that publishers, like its parent Vox, may put themselves at a huge disadvantage by ignoring or avoiding the option if it becomes a standard way to publish.

An experiment in the future of news

Experimentation and willingness to try out new things is why I came to BuzzFeed. I'd be disappointed if we weren't doing this.

Others think it ultimately won’t mean much, or doesn’t actually change the landscape that already exists.

Prediction: Facebook's latest media experiment will have almost no effect on publishing.

I spend time every day trying to balance on-platform video revenue against chasing audience on YouTube. Nothing different about Facebook.

There are some who are interested in the prospect of a fast-loading mobile-first platform for news, regardless of what power Facebook has.

If Facebook’s Instant Article justification gets news orgs to care about speed/webperf, good for Facebook.

One possibility the platform offers is changing the way success is measured by publishers and advertisers. Instead of simply measuring pageviews on their own site, they may be able to tout the impressions across platforms.

@pkafka If it's a success, maybe publications can start selling the content across platforms, instead of just the numbers on its own site.

One thing’s for certain: nobody knows how Facebook’s Instant Articles program is going to pan out, but everyone’s eagerly watching and waiting for the results.