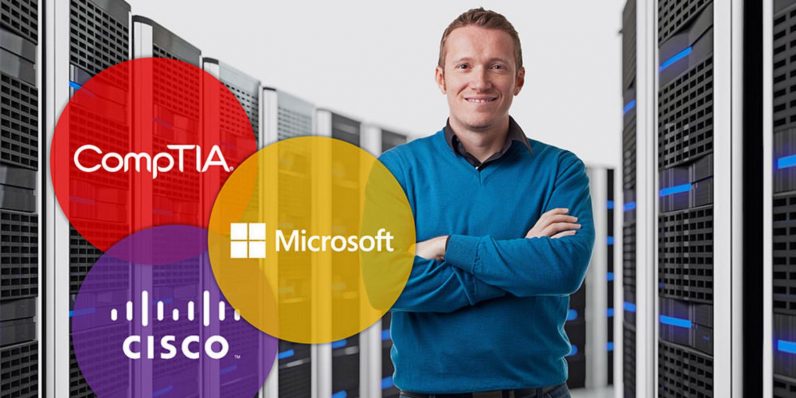 Learning and expanding your IT training is like any other career arena. The greater your pool of learning resources, the wider body of knowledge you can amass.

So instead of just focusing on training in one IT specialty or through one specific instruction system, you can sample from and earn the benefits of many with the courses in the Ultimate IT Lifetime bundle. Right now, you can save over $3,000 on this package from TNW Deals, who have it available now for under $40.

Before you get skeptical, this bundle isn’t a bunch of cast-off courses in unconnected, esoteric subjects. This bundle features 11 courses (including more than 1,300 lessons with over 200 hours of video training) in some of the most critical areas an IT pro will face.

From network administration to cloud system management to database and other storage concerns, this collection drills right into the most popular areas any IT admin worth their salt has to know.

And this training is just as prestigious as the subject matter. All 11 courses are geared to give you the knowledge to pass certification training standards of Cisco (the world’s leading networking company), Microsoft (the most stable tech giant of the past three decades), and CompTIA (the IT industry’s leading certification organization).

This is IT training that will get you noticed and hired, so don’t miss out on this limited time offer to get almost $3,300 worth of certification training for just $39.

Read next: Magic Leap is finally out, but do we even care?