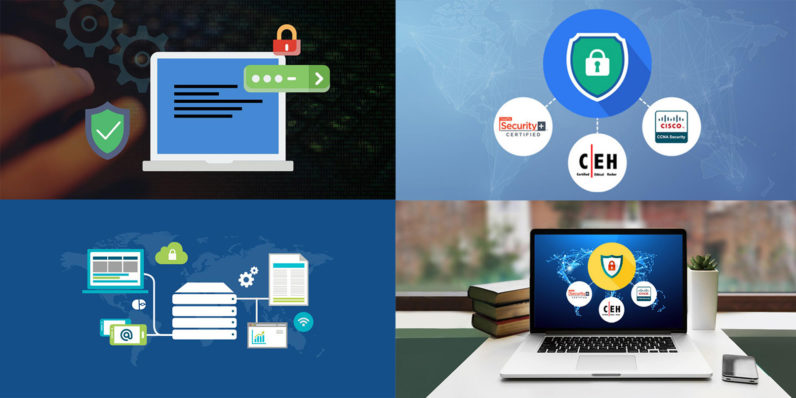 Setting yourself up as an IT security expert is a fast track to star status on the tech landscape — with a nice paycheck, to boot. Becoming an ethical hacker may still be misunderstood by many, but for those in the know, you’ll be a good guy fighting on the side of the righteous… which is why we want to offer a few options for you to pick up this much-needed training from TNW Deals.

If you want the complete overview of all things hacking, look no further. Here are the skills you’ll need to succeed as a white hat hacker, including hacking techniques, tools, and even an understanding of cryptography. Protect your system — or your company’s network— with this powerful package, and even learn how to build a $120K/year job as a pentester.

Buy now: This five-course selection is now only $19, reduced from nearly $900.

Attack security worries from a new perspective with this ethical hacking training, promising over 50 hours of advanced training and another 48 hours in coursework. Learn about keyloggers, spyware, and more, then follow this game plan for building a successful career in IT security and you’ll position yourself for six-figure jobs with some of the world’s biggest companies.

Stay as cutting edge as today with this 2017 bundle of hacker training that’ll have you ready to ace three of the year’s most popular security certifications: The 2017 CompTIA Security+, CCNA Security, and CEHv9 Ethical Hacker certification exams. Have proof of your security bonafides with this pack of hardcore learning.

If you thought you’d already learned everything you need to know about ethical hacking, think again. In addition to nine courses of full IT security training, the hacking bonus bundle delves into some areas too often glossed over in other courses… stuff like lesser known web attacks, mobile app protection, and even security for Linux systems.

Read next: Guide companies through seismic business shifts with this change management training