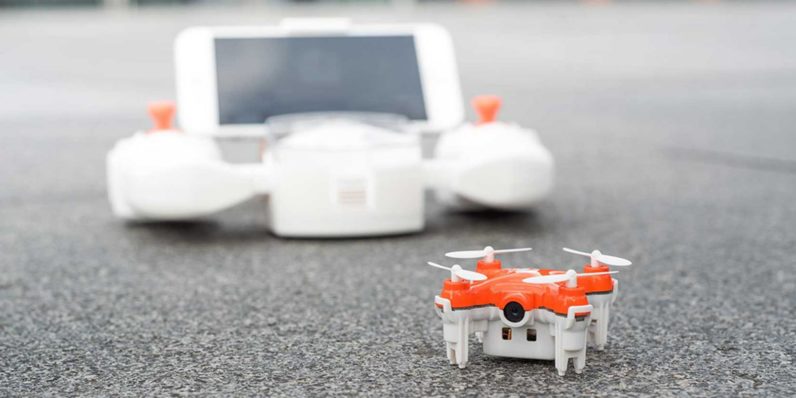 If James Bond ever needed a drone to do some serious under-the-radar spying, he’d undoubtedly have to consider using the SKEYE Nano 2 FPV Drone.

At just over an inch-and-a-half across, less than an inch high, and weighing less than half an ounce, the Nano 2 is the world’s smallest camera-packing drone. And right now, we’re dropping the price from its $129 MSRP to just $99, via TNW Deals.

The Nano 2 is simple to fly — just push the button for takeoff and you can take it from there with the included controller — or sync it up to your smartphone via Wi-Fi. Its compact and lightweight design enables precision flying, thanks to its 6-axis flight control system with adjustable gyro sensitivity. Regardless of your flight experience, it won’t be long before you’re performing acrobatic flip moves and crazy spins like a pro.

Even with its tiny frame, the Nano 2 still houses an HD-capable, Wi-Fi-controlled camera able to feed back amazing first-person-view video in real time. You can even record your aerobatic feats to show your friends later… as prove of your mastery, of course.

The SKEYE Nano 2 FPV Drone ships anywhere for free and is a can’t-miss holiday gift idea. Pick one up for $30 off from TNW Deals.

Read next: Watch the OnePlus 3T get unboxed in a fighter jet for some reason